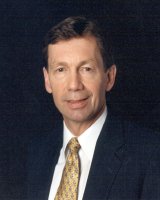 Terry Hill is the director of the National Rural Health Resource Center (NRHRC), a position he has held since its inception in 1990, as the Minnesota Center for Rural Health. Hill leads all the federally funded projects at the Center and has led the development of two rural health networks. In addition, he serves as Chair of the National Rural HIT Coalition and co-leads the HIT Regional Extension Center for Minnesota and North Dakota. He has served as president of the National Cooperative of Health Networks and as president of the Minnesota Public Health Association, and has worked with rural health providers in 45 states. He received his Master of Public Administration from Shippensburg University and a Bachelor of Arts, History/Journalism from the University of Minnesota.

Hill grew up in a wilderness community in the interior of Alaska, where his mother was the postmaster and his father worked for the Alaska Road Commission. He experienced “culture shock” when his family moved to Minnesota, where he later attended the University of Minnesota.

His wife and two daughters are all teachers. He and his wife live 20 miles north of Duluth, in a woodsy area on a wild and scenic river a mile off the highway. In his spare time, he enjoys running, kayaking, biking and reading.

Your Center offers many services—but what do you primarily do, or what is your main focus right now?

I’ve been focusing a lot lately on health care reform—and HIT is a big part of the reform. I’m particularly interested in Accountable Care Organizations (ACOs), and how rural providers are gearing for inclusion in ACOs—and what’s beyond that, which is population health management. Much of the public speaking I do is on that topic. We’re seeing a huge interest from rural providers on this. It’s a question of whether they will survive in the new value-based models. Part of the message we’re trying to get across is that it will be difficult, but rural providers have the potential to be very successful in the value-based system that is emerging. The hazard is with the immediate two to four years.

What are some of the potential hazards facing rural providers that spring from health care reform?

We’re concerned that we are seeing significant closures in some parts of the country. We’re going to lose a number of hospitals. We’d like to help as many of them as we can with the transition.

But what rural providers have is a huge value. Primary care physicians (PCPs) are a scarce commodity—we’ve got to work with our PCPs and keep them out in rural areas. Our concern is that the salaries are going to go up significantly for PCPs—we’re already seeing a steady rise in what Minnesota PCPs are going to get paid. The formula for what a PCP is worth on the ACO model is startling.

We’re going to have to develop strategies, and form partnerships. Then we’re going to have to reach out to public health and other providers in the community. We’ll need to see partnerships between provider types like FQHCs, CAHs and rural health clinics that have not strongly communicated previously. They’ll need to work together on whole care coordination, particularly for high-risk Medicare patients. By definition, care coordination requires better cooperation between provider types. It’s going to be important to reach out to communities, to physicians and other providers and community collaborators—there’s work to be done locally.

I don’t see these as high-cost changes. It’s increasing linkages with the community and becoming more efficient. We must also make sure we’re partnering with providers and communities, and making informed choices about whether to form an ACO. We’ve been seeing rural providers forming ACOs—right now there is an emerging rural hospital ACO that has enrolled close to 20 hospitals from across the country.

The hospitals that have closed so far—is it because of health care reform? And can you predict which will close in the future?

It could be attributed to the complexity of running a hospital in the current system, maybe also indirectly from health care reform and any additional pressures it brings. But many rural hospitals have been doing poorly for years—there have been at least nine that have closed in the South in only recent months.

Any hospital that seems content with the status quo, that thinks that they are powerless to do anything, that these changes coming down are only temporary—I anticipate those hospitals won’t be able to survive the profound changes ahead.

I also believe that hospitals increasingly will need to partner with other hospitals and other systems, but I’m not confident that all big systems will take care of their rural providers. I think that rural providers need to take care of themselves.  Rural providers have the potential to provide big value. One really good option for hospitals might be to be part of an independent network like the Rural Wisconsin Health Cooperative, where they can provide support for each other, and have collective volume advantages. Partnerships are going to be huge.

What is your Center doing to help rural facilities adopt HIT solutions as part of health care reform and beyond?

We are currently working in the field with hundreds of hospitals and clinics. We’re also developing a rural HIT knowledge center in partnership with the Rural Health Information Hub (RHIhub), trying to identify resources for more hands-on technical assistance. We’ve sponsored national rural HIT coalition meetings since 2006, and held a summit meeting on the rural HIT workforce and rural broadband. There’s very little research being done on rural HIT. Because it’s changing so rapidly, we’re trying to identify tools and other resources, so that we can be the go-to source for technical knowledge. We have a HRSA contract to support 41 rural HIT networks, so we do HIT and quality work all over the country.

What other services does your Center offer? And what were its original goals?

Our services and programs are designed to provide comprehensive support for our customers, the state Medicare Flex programs, as well as individual rural health providers. We’re designed to be a one-stop shopping center and go-to resource for them. Our basic focus is on technical assistance for providers and state programs. We have a current staff of 20 people, both full time and interns, with two people based in Florida and one in Utah, who are there to work directly with hospitals in those states. We do 40 to 50 educational sessions per year, by webinar and in-person, which are either national or for multiple states, with topics like rural hospital quality reporting, ICD-10, retention and recruitment, HIT and EHRs, and financial improvement for rural hospitals.

Our major federal programs include the Technical Assistance and Services Center (TASC), the Rural Hospital Performance Improvement project (RHPI) for the Mississippi Delta, and Rural HIT Network Development. In addition, we do strategic planning with state programs, rural health networks, and under contract with the clinics and the network itself, beyond federal contracts.

We’ve got a broad background in quality—we held initial quality summit meetings with federal funding on HIT—we’ve been doing that since 2005 as part of the regional, external center for Minnesota and North Dakota. In 1992 we received a national quality award for developing an early model of a medical home. Also in 1992, we started the medical home model with funding and in partnership with another physician group. We had physicians following patients into home care—it was innovative at the time. We’ve been involved with community development—we’ve done community assessments for over 120 communities since 1987. We’re also involved in rural hospice—particularly VA hospice. We have our hands in a lot of different things because solutions to rural health challenges will require multi-faceted, systematic approaches.

From the very beginning, we were to be a shared national resource. The development of this center was partially driven by NRHA years ago. The concept was to be a national knowledge center, so that what was happening and innovative in California could be shared with North Carolina and the rest of the country.

Tell me about starting the National Rural Health Resource Center.  In the beginning, did you run it solo? And how has it changed since then?

It started in 1985. I was the first employee and laid the organizational groundwork. We started as a health care network—the Northern Lake Health Consortium. We were entirely self-funded. We got our first FORHP grant in 1995—a network grant. So the Center really took off in 1995 with our first funding from them.

We started out as a cooperative initiative for Northeast Minnesota and Northwest Wisconsin, focused on physician recruitment, quality and community engagement. We’re still the 3RNet recruitment agency for Minnesota.

A friend of mine said, ‘you’ve got to have a lot of irons in the fire, because you never know which is going to get hot.’ I’m not surprised we have broadened to a lot of different areas; we are finding the niche where we provide value.

My interest in health started when I was growing up in the interior of Alaska in the very small wilderness community of Tok. The public health nurse estimated that almost 50 percent of the Native population there had TB.  Since then, I’ve also worked with migrant farmworkers in Pennsylvania, done work with developmental disabilities programs, and started the program for medical service systems for Wisconsin and Minnesota—I’ve had a pretty eclectic background.

Are you planning to retire soon? If so, what do you plan to do next? 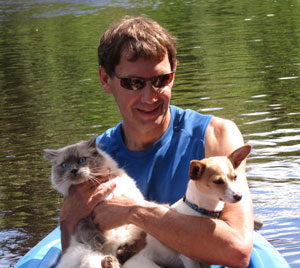 In October, I’m going to pass the CEO role to Sally Buck and go to three or four days a week. So I’m not going to be the leader of this center anymore. This will give me the opportunity to do some slightly different things. I don’t see myself retired, period. I want to continue to contribute to rural health and rural communities. We’ve had a long transition at the Center. The board decided to do it this way rather than go out and do a national search, because they felt very comfortable with Sally succeeding me.

I do triathlons—so retirement will give me more time for them. On Aug. 17th, I will have exercised for 5,000 consecutive days. Even through Lyme disease, and a MRSA infection, I’ve been able to exercise—I just cut down on the intensity. I spend at least 30 to 60 minutes a day exercising.

What do you think are the greatest accomplishments of your career and/or the Center?

I think our organization is helping to preserve and enhance health services to people who live in rural communities. I’m proud that we’re playing a role in enhancing rural health care. Our organization is made up of people who care about these issues. If they don’t have that passion when they begin, they develop it along the way.  It is gratifying that there are communities and people out there that we have helped.