“Follow the money and the access,” said Ralph Llewellyn, describing the basics of healthcare decision-making no matter the service or location. “Those are the two things that tend to get people’s attention.” 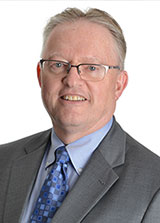 With his prior experience as a CFO of a small rural hospital, Llewellyn is now a consultant with expertise in rural hospitals’ financial and operational structures. He explained that in the 1970s, patients were transferred to urban areas for their acute care needs, yet when they needed to return home for post-acute care, no beds and no services were available. The latter, he said, was due to licensing and reimbursement linked to providing those services — a clear example of how rural healthcare delivery is often linked to an access crisis and healthcare policy economics.

The stories around this rural disparity can be found not only in the oral histories of rural patients who were away from their families and communities while recovering from acute illness in urban facilities, but in Congressional records and the digitalized pages of medical journals. The Robert Wood Johnson Foundation archive added an additional story: how one man’s effort offered a solution to this dilemma:

“So two trends—excess acute bed capacity and shortage of extended-care beds in rural areas—crossed, and out of that juncture emerged Bruce Walter’s idea. Why not address both, he suggested, by letting rural hospitals fill their empty acute-care beds with long-term care patients? The regional Medicare office agreed, and encouraged Medicare headquarters back East to consider some kind of experimental program. After negotiations that were ‘more than a little tense,’ and multiple presentations by Walter to U.S. Senate committees and meetings with Medicare officials, he finally got the answer he was looking for. ‘We’ll see what we can do,’ Tom Tierney, Medicare’s first director, told Walter after an April 1972 meeting.”

Fast-forward through the 1970s into the 1980s: Walter’s elegant solution, referred to as a “swing bed,” received regulatory endorsement in the Omnibus Reconciliation Act of 1980. John Supplitt, now the American Hospital Association (AHA) senior director for Rural Health Services, was the project director of a 1981 3-organization joint venture geared to implementing Walter’s solution across the country. Rooted in coordinated transition of care, Supplitt said it was one of the first patient-centered and value-based models of healthcare delivery and payment. It was also an early example of the effectiveness of public- private partnerships — and one that pre-dated current activities by decades.

Experts share more information about the swing bed in the Rural Monitor’s Understanding the Rural Swing Bed: More than Just a Reimbursement Policy.

Additionally, in this video, several experts share their experiences from the early days of swing bed implementation while others speak to reimbursement issues as well as the program’s value: 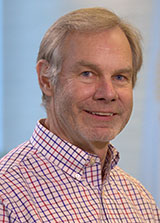 “The Robert Wood Johnson Foundation, in collaboration with an academic teaching center, NYU (New York University), worked with HCFA, now known as CMS,” he said, explaining that HCFA was the Health Care Finance Administration that later became the Centers for Medicare and Medicaid Services (CMS). “As the program spread, national rural health associations also worked with state associations, who were also working with both public and private not-for-profit organizations. These were the origins of collaboration back in the day. They were highly effective, the communication was tremendous, and it remains an experience upon which we need to build. We need to get back to those kinds of public-private partnerships in order to redesign healthcare for the future for rural communities.”

Supplitt said that by the time the joint project launched, early demonstration projects in midwestern and western hospitals had already established a track record of swing bed success.

“There were a substantial number of hospitals involved in 1976 and 1977 that were looking at this model of delivery, looking at the patient-centered approach towards care and making long-term skilled nursing accessible to rural communities,” he said. “At the same time, they were maximizing the use of the resources associated with inpatient capacity as well as clinical capacity, which were perceived as being underutilized. It was really a program that was building a lot of momentum for some very practical reasons.”

Frances Rogers Seidl, a registered nurse, was another member of the 1981 joint venture team. She described her involvement with the swing bed implementation project as a bit serendipitous. In her role as outreach educator for a Wichita, Kansas, urban hospital’s rural referral network, she conducted an education session at a rural facility, unaware that a Kansas Hospital Association representative was an audience member. She was later asked by that individual if she would help lead the Kansas swing bed program implementation. She agreed. 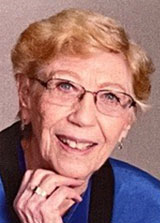 “I worked at six Kansas sites to put the wheels underneath the swing bed theory and that was quite a task because each one of those hospitals had their own way of doing things,” she said. “To get them to think about regulations, about change, about the swing bed program because it was so different, it was a difficult thing. But I enjoyed it.”

As the Kansas hospitals were having success, she also went to bordering areas in Missouri where five additional sites implemented swing beds. Rogers Seidl recalled that although she enjoyed the work, the effort was not without its challenges.

“The biggest challenge was that these organizations said we don’t want to be a nursing home,” she said. “To show them how they could meet all of the regulatory requirements, that they could continue doing what they’d always done, what they were already good at doing, I told them they were just adding another service. I reminded them to think about the people in their town and now those patients could stay local with them. The swing bed program was well thought out and reasonable.”

Rogers Seidl said early on she discovered a key to implementation success despite the differences between each hospital. She described her experience, known today as the provider champion model.

As part of the RWJF team that crossed the country bringing information to other rural hospital representatives wanting more program information, Rogers Seidl said she was always impressed with one thing: the skill set of the rural nurse.

“I admired those rural nurses,” she said. “They must be competent in all areas. I would see them in ER one moment and leading a swing bed weekly meeting in the next minute before moving on to changing a dressing.” 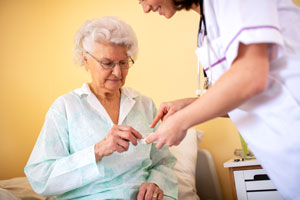 In her current work as a consultant and educator, Rogers Seidl said she is still impressed with the patient-centric focus of swing bed programs.

“It’s a common-sense concept solution,” she said. “As an example: We knew there are patients going home who may not know how to take their medications or didn’t have the money to buy them in the first place. In the swing bed program, we have a trial period for them to take their medication. We can see if there are other problems, correct them, or have the social services team address issues. I’ve seen so many successes out of the swing bed program.”

When you look at resourcefulness, resilience, and ingenuity that drives healthcare delivery innovation, rural is where that happens.

“When you look at resourcefulness, resilience, and ingenuity that drives healthcare delivery innovation, rural is where that happens,” Supplitt said, explaining that the swing bed model is the ultimate example of rural innovation. “We’ve never really taken our bows for the things that we’ve done as a matter of course for maintaining care in our rural communities. If you want to look for innovation, just look to rural. It doesn’t surprise me in the least to see that swing beds became an important innovation that emerged from rural communities in the seventies and still exists today.”