A restructuring of a hospital and seven rural clinics in Vermont has helped reduce hospital readmissions there by more than 45 percent in a 12-month period, and cut costs by over a million dollars a year. 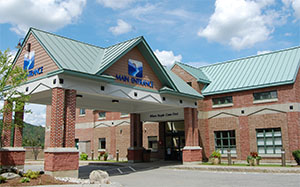 Springfield Hospital, a 100-year-old, community-owned, nonprofit Critical Access Hospital (CAH) in Springfield, Vt., engineered a corporate restructuring whereby seven clinics owned and operated by the CAH were “spun upward” to be directly operated by the nonprofit parent corporation of the hospital, Springfield Medical Care Systems (SMCS). SMCS obtained FQHC (federally qualified health center) designation with the result being that the FQHC (now the parent) and the CAH (now the subsidiary) operate under a single corporate umbrella.

“Our model is not a collaboration or a cooperative venture; it’s a true integration of all resources,” Andy Majka said. “Our transformation has led to a paradigm shift placing primary and preventive care at the top of our delivery system. That is not typical of hospitals. In addition to the financial and legal integration, we have completely integrated our quality efforts across our continuum as opposed to collaborations where acute care and primary care are still viewed as separate quality initiatives.”

Majka said the six-year integration process was challenging, arduous and time-consuming, but definitely worthwhile. “To some, it seemed that making the hospital subsidiary to the primary care network was heresy. It was groundbreaking in that, to the best of our knowledge, then and now, HRSA had never approved a 330 New Access Point (NAP) application in which the applicant entity had a hospital under its umbrella.”

“Similar to many rural providers, the hospital had increasingly been relied upon to support and preserve primary care and specialty provider access,” Majka added. “With the hospital taking on more and more local primary care practices and what it would require to continue to support them, its future seemed financially unsustainable. With integration and its benefits, we have been able to stretch scarce resources and still improve care.”

Reorganizing the corporate structure required that SMCS meet all HRSA requirements and that the IRS agree that the reorganization did not jeopardize the tax-exempt status of either entity. Additionally, new bylaws were hammered out to define how the two entities would continue to meet their respective FQHC and CAH designations according to federal law while still benefiting from the advantages of being an integrated system.

Community partners began working on the proposed plan back in 2003. Planning grants from the Vermont Department of Health, along with assistance from Vermont Senator Bernie Sanders and the state primary care association, increased the momentum in 2006. In 2009, the American Recovery and Reinvestment Act approved grant funding for the project.

“This was an enormously complex and groundbreaking vision, integrating the FQHC with the existing CAH,” said Steve Geller, Executive Director of Southeastern Vermont Community Action (SEVCA).  “It meant reconfiguring the entire governance structure of two existing boards of directors to enable it to be acceptable to the federal government. Management and the boards came up with a winning formula that has been seen as a model to be replicated throughout the country.” 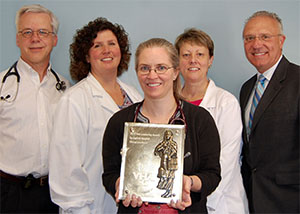 Majka said savings amount to $750,000 to $1 million per year. Grant applications and funding continue. A recent $2.5 million HRSA capital grant was used to consolidate four practices in separate locations into one site that will also provide expanded hours and a walk-in clinic. The SMCS model was twice recognized for its innovation this year. Voluntary Hospitals of America (VHA) awarded Springfield Hospital the 2013 Clinical Excellence Award for improving national benchmarks for quality and patient satisfaction while lowering costs. SEVCA honored SMCS with its Community Catalyst Award for “success in transforming health care delivery.”

“It is really more about what we have done than what we have saved,” Majka asserted. “We are more connected to our patients and communities than ever. In addition to our community-based board, we have a geographically representative community advisory board with members from other providers, social service agencies, school systems and local government. They help us identify gaps in services and tell us how we are doing. We feel our model is perfectly positioned to meet expanded community needs and thrive under healthcare and payment reform.”