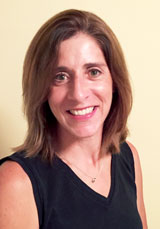 Holly Andrilla isn’t your typical expert on the rural opioid epidemic. She’s a Biostatistician and Research Scientist from the WWAMI Rural Health Research Center, who in her words, “fell into the expertise.” Nonetheless, when the United Nations Office of Drugs and Crime came calling for experts in the field to present on substance abuse prevention and treatment in rural settings, Andrilla was more than excited for the opportunity.

I recently had the chance to speak with Andrilla about her trip to Vienna, Austria. Through our conversation, I quickly found out that Andrilla holds an encyclopedia’s worth of knowledge on the issue. We discussed the similarities countries all over the world have with substance abuse in general and opioid use in particular.

How did you fall into researching the topic of opioid use in rural areas?

I’m actually a biostatistician rather than a typical physician working on the issue. I worked with the late Dr. Roger Rosenblatt who was a family physician in Washington. He had a passion for training rural providers. But, he noticed that when he would take medical students out in the field, they had a negative view of dealing with drug seeking patients and found it off-putting to practicing in rural places. He wanted to do something to change this and to offer more physician-assisted help for those struggling with addiction.

This was a number of years ago. He was ahead of the general curve in noticing that this was going to be a huge problem. He proposed a study that looked at the distribution of providers who had obtained a waiver to prescribe buprenorphine to treat opioid use disorder. What we found was that there weren’t providers in rural places. He saw this natural connection that family physicians could fulfill this role in rural areas. He died before we finished that study. I worked with him through his research and it sort of morphed into my lab. He would have loved to see this opportunity [to speak at the UN] come up!

What insights did you share with attendees of the UN conference?

I wanted them to know it’s not good enough to have just one provider. Communities need backups.

I wanted to provide the ideas that were true for all substance abuse treatment in rural places. Lack of facilities, lack of providers, and backup providers. Half of the counties in the United States don’t have any providers waivered to prescribe buprenorphine for the treatment for opioid use disorder. And, many of the counties also only have one provider. I wanted them to know it’s not good enough to have just one provider. Communities need backups.

I also made the point that there’s a lack of mental health specialists to treat comorbidities. We know that a lot of people struggling with substance abuse also have other conditions like anxiety and depression. If you don’t have anyone who can treat those conditions, those people medicate themselves or try to solve their problem with their drug of choice.

It’s hard to be anonymous in small communities.

Typically, people in rural areas have a lower socioeconomic status and on the community level, there are fewer resources to address the problem. For example, in the U.S. if you live in a rural county and you’re trying to get treatment for an opioid use disorder, you’ll probably have to travel a long way for treatment. That takes time and money on a regular basis. That impacts people’s employment. If they lose their job, they could lose their insurance. It’s just an extra barrier for people in a hard position anyway.

What differences among countries stood out to you the most?

I thought that Iceland was the most promising country. They have a really strong connection between their researchers and their policymakers.

It was really interesting to see the voices from all over the world. I thought that Iceland was the most promising country. They have a really strong connection between their researchers and their policymakers. The policymakers guide their decisions around the evidence. It would be nice to see that happen in the U.S. They have shown significant decreases in substance use. When they do work in schools, they provide data back to the school within two months. They’re very connected with the research and the communities.

In Afghanistan, they did a survey study of children, and 100 percent of the children in the study were found to have measurable levels of opium in their system. The UN is trying to do interventions there but opiates are used in Afghanistan like aspirin or Tylenol. There’s a whole requirement to change social norms — at least we don’t have that.

There was a guy from Columbia that said, “We grow the best drugs, but we don’t use them.” Their problems were more with alcohol, which surprised me. In India and Finland, the primary problem [represented at the conference] was alcohol. One woman from India realized the typical models used in her country wouldn’t work for rural, so she set up these camps where groups of four or five providers are sent to rural areas to provide treatment right in the town.  I’m not sure if that model will work for opioids, but they are starting to try it out in Afghanistan to treat opioid use.

One woman from Spain had touched on their problem in the Menorca island region with tourism. The substance abuse problem has blown up for them because of tourists bringing over drugs and alcohol. It’s people bringing the stuff, but they rely heavily on tourism for their economy. That’s a part of substance use we don’t really deal with here.

We have to prevent people from ever getting to the point where they would need treatment. We need fewer prescriptions and more education.

What were some cultural barriers that perhaps America doesn’t have to tackle?

I’m really thankful to be a woman in America. Women are not allowed to see male physicians in some countries. Some people talked about using midwives to reach women who aren’t, I’ll use the word “allowed,” to see a doctor because of their husband. I mean you know this stuff exists out there, but it was eye-opening to hear how that will greatly reduce the reach of a single physician in a rural place.

You realize that the ideas and concepts are the same. The problems are the same. We have a lot more in common with people around the world when it comes to this problem than we have different.

One man was a former Roman Catholic priest who was now working in Africa. He had this idea to train common people in the community to be the providers of care because he saw that as the most realistic solution. He knew that they would never have enough providers because they didn’t even have enough providers to solve the problems that don’t have a big stigma.

We may complain here in the states that we don’t have a lot of resources, but we have a lot more than other countries. In some places, substance use disorder just isn’t a top priority or even on the radar. I mean, it’s really only recently on the U.S. radar.

What were you glad to take back home with you from the conference?

The United Nations Office on Drugs and Crime published Prevention of Drug Use and Treatment of Drug Use Disorders in Rural Areas in April 2017.

I think the idea of the shared humanity was really powerful. It was an amazing experience just to be at a meeting with so many countries at the UN. It was amazing to hear such similar stories being shared through the words of others. To me, that was the most unique thing about this meeting.

It was quite the experience. Going through these giant doors after numerous stages of security, you walk into this giant circle plaza with a fountain surrounded by all the nation-state flags, you realize “Wow! I’m at the UN” It was a really special experience.