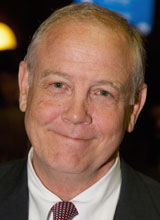 There are legitimate reasons to criticize the way Medicare distinguishes between urban and rural places in how it pays for medical care. But the fact that the eligibility rules are equal for all Americans makes it a program that can adjust and make up for geographic differences. The question is: does it match its promise? One way that Medicare does adjust for uneven access is via the bonus payments available to professionals practicing in Health Professional Shortage Areas (HPSAs). HPSAs were originally developed to help rural, isolated, or underserved communities get a doctor. Physicians, and later nurse practitioners and physician assistants, then dentists and mental health professionals, were given incentives to accept time-limited placements in locations where access to health care was difficult. The HPSAs became the way to identify the communities eligible for these placements, and, over time, for other adjustments to federal programs or the eligibility for program supports that were intended to improve access to care. But HPSAs were too useful a mechanism to be tied only to professional placement.

The HPSA program was not linked directly to Medicare at its inception, but, over time, it has become tightly connected through the Medicare Incentive Payments or Physician Bonus Payments that were begun in 1988. In 1987 the Physician Payment Review Commission (PPRC), a predecessor to MedPAC, recommended that Medicare pay an amount above the allowed amount for primary care services in underserved areas. This was done to address the continuing maldistribution of physicians. The PPRC recommendation was included in the Omnibus Budget Reconciliation Act of 1987 (OBRA) section 1833 (n) and a bonus payment system took effect in 1988. Initially the bonus was 5 percent and to be paid only in rural areas. It was extended in 1991 to urban areas with extreme physician shortages, and in 1989, the 5 percent was raised to 10 percent, where it remains.

Payments under the program are based on the actual, final amount Medicare pays for physician services, which protects the beneficiary who, although subject to co-payments, is not required to pay any part of the bonus. Those payments totaled less than $2 million in 1989 but grew to $32 million in 1991 and over $100 million in 1996. By 2011 payments under the program totaled $560 million but only 13.6% of that total went to rural practitioners. In 2012, that proportion rose dramatically, of the total $664 million paid in bonuses, 17.8% went to rural practitioners or a total of $118,254,100. Unfortunately, this is not proportional to the numbers of Medicare beneficiaries in rural areas, 23% in 2011 (Link no longer available online).

The bonuses were originally paid out quarterly to individual physicians and other eligible practitioners (dentists, podiatrists, licensed chiropractors, and optometrists), group practices, and some Critical Access Hospitals that bill for practitioners. Section of 5501(a) of the Affordable Care Act added nurse practitioners, clinical nurse specialists, and physician assistants beginning in 2011. A rule requiring that the practice have at least 60 percent of their total Medicare charges in primary care was also included in 2010 and that remains in effect.

In 2012 payments went primarily to family physicians and general internists (87.3% of the total), but in rural areas the proportion in those specialties dropped to 33.5% as nurse practitioners (10.4%) and physicians assistants (22.4%) almost equaled the physician numbers. In all, 194,428 rural practitioners received payments in 2012. That may sound like good news, but it is the overall proportion of bonus payments that is troubling. Why should the total paid in urban areas exceed the proportion of beneficiaries living in urban areas given that a larger proportion of rural Americans (19.2 million in nonmetro HPSAs versus 9.8 in metropolitan) live in areas designated as underserved?

The Medicare program has shown that it can be adapted to adjust for problems with access and underservice, but it is still not adapting sufficiently to create a truly even playing field. Bonus payments can and should be expanded in rural communities or perhaps marketed more effectively to achieve the original goals expressed by the PPRC in 1987.