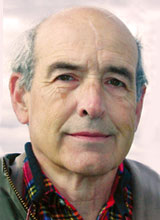 by Wayne Myers, a retired pediatrician and rural medical educator who directed the Federal Office of Rural Health Policy from 1998 through 2000 and was President of the National Rural Health Association in 2003

The last half of the 1960s were quite turbulent for American health care and social order. The Viet Nam war was a dominant issue, including a draft system that exempted the privileged and took nearly twenty times as many American lives as the more recent invasion and occupation of Iraq. America’s inner cities burned in the turmoil surrounding Martin Luther King’s assassination and federal civil rights legislation. The Kennedy assassination in late 1963 and President Johnson’s subsequent war on poverty drew attention to the plight of the poor. “Harvest of Shame” was a nationally televised documentary by Edward R. Murrow exposing the exploitation of farm workers. It’s hard to say what changes in American life and health are attributable to the introduction of Medicare and Medicaid into that swirl in August of 1965.

I was in my fourth and final year of medical school when the Medicare/Medicaid legislation was signed. Rochester New York was a relatively affluent, light blue collar town whose largest employer was Eastman Kodak, with Xerox in its growth phase. Yet inner Rochester burned as people chopped holes in fire hoses and shot at police helicopters. I think the birth of Medicare and Medicaid were not widely noticed.

I was working in a nationally respected university hospital. Poor and indigent patients, about half of the hospital’s inpatients, were in the older part of the complex. Adult medical, surgical and psychiatric patients with insurance or ability to pay for their care were at the opposite end of the complex. Students and house staff preferred to work on the wards of low income patients because there were no erratic, private attending physicians to override the dictates of the most recent medical journals.

The new Medicare law provided for the payment of wages to interns and residents – medical school graduates still in training. In Rochester, interns (they’re now called first year resident physicians) got $600 for the 1965-66 year. The following year, annual salaries soared to $1,000. Strong Memorial, the university medical center, found itself in serious financial trouble as it fulfilled the stipulations of the new laws, though none of the new money flowed for nearly a year.

When I returned from my Army stint (1968-71) to Denver, segregation of patients by payment status was gone and proportions of indigent patients were much reduced; results, at least in part, of the new law.

Important long term effects, positive and negative, have grown out of the Medicare provision for paying graduate doctors in training, and their employing hospitals. In the mid-1960s, primary care was provided by general practitioners (GPs) and a handful of nurse practitioners. GPs were docs who had finished an internship but had not completed a resident training program. The preceding 35 years had seen the Great Depression followed by the doctor draft into the military for World War II and Korea. Not too many docs had managed 3 to 5 years of unpaid training after medical school to complete a residency. Those with a mixed bag of incomplete training usually became GPs. Fully trained general pediatricians and internists were seen as specialists. Many of their patients were referred by GPs. But it was widely recognized that the GPs were retiring. There were many calls for more new primary care docs. Those were acknowledged but otherwise disregarded by academic medicine.

“Family Medicine” or “Family Practice” was a new specialty envisioned circa 1962, with a few residency training programs taking root here and there. Medicare Graduate Medical Education (GME) funding to hospitals, including money for paying interns and residents, let most graduate physicians finish a formal specialty training program. Most of the funding went into programs dictated by the academic medical center’s business model, but three-year Family Medicine training gained a grudging acceptance in most teaching centers. None of this is likely to have happened without Medicare GME money.

Family Medicine docs have become the mainstay of rural care. A six fold expansion of the physician supply over the past 50 years has pushed general internists and a few general pediatricians from larger cites into regional trade centers and rural communities. General internists, pediatricians and general OB/GYN docs are now regarded as primary care providers.

We’re now trying to develop “medical homes” to organize fragmented chaotic care provided by our overspecialized medical workforce. This overspecialization grew out of federally supported clinical training with no control over the specialty distribution of those funds. By default, training has been guided by the staffing needs of our referral hospitals. Support for family medicine training has been the modest contribution to the public interest of these teaching hospitals