This is the second installment of a two-part series dedicated to the opioid epidemic in rural communities. Read part one – The Opioid Epidemic: Testing the Limits of Rural Healthcare.

“We’re addressing the epidemic of opioid use and abuse in a way law enforcement doesn’t typically address an issue,” stated Gloucester Police Chief Lenard Campanello when discussing how the Massachusetts town is handling the opioid crisis. 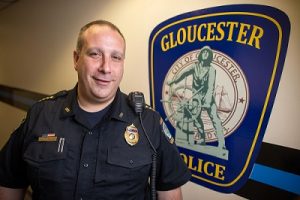 Since 2015, the police station in Gloucester has become a safe space for people seeking help for substance use. Anyone suffering with an addiction can walk into the Gloucester Police Department (GPD) where existing staff works to place them into treatment. Any drugs turned in are properly disposed of without charges.

Gloucester has experienced amazing results from what is known as their “ANGEL” program. Over 430 patients have been referred to treatment and overnight incarceration costs have dropped 75 percent.

With a population of 29,000 and less than 40 miles from Boston, Gloucester isn’t considered rural by most commonly-used definitions. However, the GDP’s achievements gave life to the Police Assisted Addiction and Recovery Initiative (PARRI), which is a partnership of over 100 police departments and 250 treatment facilities across the U.S. Many of these affiliated police departments are rural and mimic the ANGEL program step-by-step. The National Rural Health Association’s new policy paper on the rural opioid crisis urges more rural communities to explore the use of the Gloucester model and other unprecedented programs to combat opioid addiction.

Small town life has been turned upside down by opioid use, but across the nation, communities are implementing concrete and innovative tactics to get the problem of opioid drug abuse under control. It all just takes some inspiration, a little teamwork, and thinking outside of the box.

The Love of the Law

“We have partnered with treatment centers to ensure that our patients receive the care and treatment they deserve – not in days or weeks, but immediately,” proclaims the Dixon (IL) Police website. “All you have to do is come to the police station or sheriff’s department and ask for help. We are here to do just that.”

Dixon is just one rural police department utilizing the ANGEL program, and the news of its success is spreading fast. In Creston, Ohio, the Second Chance Drug Initiative takes its wording directly from Gloucester’s ANGEL program. Another rural police department inspired by Gloucester, Middlebury Police Department in Vermont has held disposal events for unused or expired medication for the past three years. Now partnered with PARRI, Middlebury, like many others, has expanded opioid services to help those in need of treatment.

Campanello noted that his department and others try to help people afflicted with the disease of addiction as opposed to arresting and incarcerating drug users.

“Law enforcement can be a voice on the demand side of the drug equation after we’ve been the strongest voice on the supply side for a long time,” said Campanello. “We haven’t been accomplishing much in terms of reducing addiction or reducing the number the drug dealers out there.”

Aside from national success in urban and rural areas with facilitating recovery for people suffering opioid addiction, Campanello feels one of the best outcomes of these programs happens at the local level.

“Treating the individual with passion, dignity, professionalism and attempting to help first —that’s brought about a trust with police departments in a demographic that didn’t exist before,” said Campanello. “That’s paid huge dividends for the public and the police in terms of getting closer together to solve problems.”

When asked if these programs enable users, Campanello stated law enforcement isn’t in a position to judge. The Chief said their role is to facilitate help where they can and to hold people accountable when they have to, but to never judge in either circumstance.

I think when scientifically and medically proven to be a disease of the brain, enabling doesn’t even have a point in the conversation.

“How do you enable cancer? How do you enable diabetes or heart disease?” asked Campanello. “I think when scientifically and medically proven to be a disease of the brain, enabling doesn’t even have a point in the conversation.”

It Takes a Village

Campanello and the GDP enacted the ANGEL program in a response to what the public wanted in light of the opioid epidemic. Other communities are catching on that one entity can’t snuff out the opioid problem alone, and that successful programs will require numerous organizations and engaged citizens.

For the Erie County Health Department in Ohio and the San Luis Valley  Area Health Education Center (SLVAHEC) of rural Colorado, communal participation meant distributing naloxone, an opioid overdose-reversal drug also known as Narcan, to as many people as possible.

“In one year, our community had 400 people show up at our local ER needing detox or [who] were overdosing,” stated Erie County Health Commissioner Peter Schade. “How many more are out there?”

In the small mountain county of Alamosa, the home of SLVAHEC, death from drug poisonings reached more than 20 per 100,000 people in 2014, according to a report from the Centers for Disease Control and Prevention.

“Anyone from the community who gets trained and certified can receive naloxone at one of our partnering pharmacies,” said Freddie L. Jaquez, Executive Director of SLVAHEC. “Naloxone through us is free of charge.” 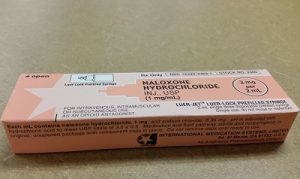 SLVAHEC and Erie County used the grants to train first responders in their service regions and initiate training in naloxone administration for anyone willing to learn. Schade stated that naloxone has saved over 100 people in the past year, and the educational events supported by the grant have drawn over 1,000 people.

In line with its community focus, Erie County has initiated a unification process where they help newly-sober mothers reunite with their children. The program may save money in foster care and family social services, but the real payoff is keeping families together.

“When the mom is sober, she can focus on helping her kids do better in school and build their life the right way,” said Schade.

While naloxone is a vital piece in saving lives, the best solution to preventing death is expanding treatment intervention before an overdose can occur. Drug cocktails continue to increase in potency and relying on naloxone may be a gamble in the future.

“A lot of the marijuana here [in Ohio] is tainted with heroin or fentanyl,” stated Schade. “Young people in the Erie County service area are now at risk of opioid addiction accidentally though other substance use.”

The CDC found that fentanyl was the primary reason for the exponential increase of overdose deaths in Ohio. Schade wants to send the message home that drug dealers are aggressively targeting new prospects for addiction and the drugs are more powerful than ever.

“It’s gotten to the point where our law enforcement and responders are giving 2-4 doses of Narcan to drag people out of an overdose. Heroin isn’t just heroin anymore. That’s a very scary thought that Narcan may not even be as effective as products become stronger,” said Schade.

This sobering reality pushed the Erie County Health Department to build a new medically-supervised detox facility at their Federally Qualified Health Center. Schade said that there was nowhere within an 80-mile radius for patients to detox. He also noted how heartbreaking it is to turn families away when they are pleading for detox help with family members or themselves.

It’s barbaric. Many people are detoxing on the jail floor with four other people in their cell. We shouldn’t be treating our brothers and sisters that way.

“It’s barbaric. Many people are detoxing on the jail floor with four other people in their cell. We shouldn’t be treating our brothers and sisters that way,” stated Schade.

Mike Dennis, Executive Director of the Tri-County Commission on Alcohol and Drug Abuse, has also seen the dire need for intervention in his rural South Carolina community. For three-and-a-half years, the Dawn Center in Orangeburg has offered buprenorphine, a medication used to treat addiction, in its outpatient programs. Currently, the center has 30 outpatients using the drug. Dennis said that detox facilities weren’t keeping patients long enough to fully detox and recover, leaving them more susceptible to overdose after being discharged.

“The longer we can get them engaged in services, the greater the likelihood they are to recover,” said Dennis. “It’s a modest investment when you think of clogged emergency rooms or prisons that are nearly all state-funded, high-dollar facilities.” 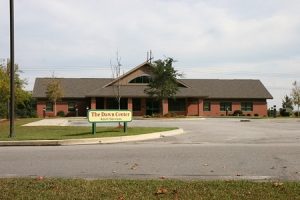 Patients receive tailored counseling and medical services several times a week from the Dawn Center. Inpatient care in South Carolina could cost a patient $15,000-$20,000 for a 30-day stay. According to Dennis, the Dawn Center could treat patients for nearly two-years, if need be, at half that price.

Staff work closely together with social service agencies including vocational rehabilitation services and mental health agencies to make sure every possible need is met for people in treatment. Dennis also stated that, in South Carolina, every county has basic outpatient services contracted with the state’s Department of Alcohol and Other Drug Abuse Services. This policy assists with treatment on demand, which is vital to intervention.

For folks that wake up one day and decide they need help, they can just walk into our facilities, get seen by a counselor, and start the recovery process.

“For folks that wake up one day and decide they need help, they can just walk into our facilities, get seen by a counselor, and start the recovery process,” said Dennis.

Thanks to the Substance Abuse and Mental Health Services Administration’s buprenorphine waiver program, physicians like the one at the Dawn Center are allowed to prescribe the opioid use disorder treatment medication. However, the waiver limits doctors to treating 30 patients with the possibility of increasing the threshold to 100 patients after one year. Currently, the Department of Health and Human Services is working to raise the limit to 200 patients.

The waiver is also vital in prescribing Subutex, a brand of buprenorphine used for pregnant women suffering from opioid abuse. Dennis stated that they have treated women who deliver happy, healthy babies. They stay out of social services and do extremely well, according to Dennis.

Nonetheless, too few doctors have this waiver. For many years, substance misuse education has been an afterthought for physicians in training. Dennis hopes to create a statewide telehealth program so that partnering counties without an authorized physician can access their services for buprenorphine.

Numerous approaches are being used in rural areas across the country to combat opioid abuse. But, many of the successful programs are finding that collaboration is essential for long-terms wins against opioid addiction.

Working efficiently together, we can move along the system to make healthcare immediately available and sustainable for every person who suffers from addiction and wants care.

“With each profession comes a lot of compassion fatigue. In both law enforcement and healthcare, we see a lot terrible things over and over again and get numb to a situation,” said Campanello. “I think that we are able to inspire each other. Working efficiently together, we can move along the system to make healthcare immediately available and sustainable for every person who suffers from addiction and wants care.”

Dennis urges the medical community to train more in dealing with substance abuse and treatment. The state Medicaid agency is working to “lock patients down” to particular pharmacies for better opioid prescription management. Last month, the agency enacted a requirement that all doctors prescribing controlled substances must report each instance to the state prescription drug monitoring program.

“If they can identify and refer folks to treatment earlier from the private practices, emergency rooms, and the FQHCs, then we’re going to see better results down the road,” stated Dennis.