One of five articles featuring telehealth leaders answering the question:
“The promise of telehealth for rural communities has been touted for decades. Why is it taking so long to become mainstream in the practice of rural medicine? How can we change the trajectory of telehealth adoption?” 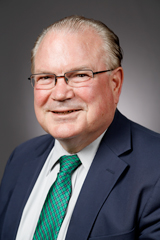 In many parts of the country, telehealth is already mainstream in the practice of rural medicine. Key factors for this occurring include good payer coverage and reimbursement, the availability of telecommunications connections and service networks, and consumer awareness.

All insurance payers are interested in telehealth, and many are moving forward steadily. In particular, state governments have been great proving grounds for telehealth coverage and reimbursement. Almost every state’s telehealth Medicaid coverage plan is better than Medicare’s. Now, thirty-three states require private health insurers to cover telehealth at a comparable rate to in-person services. Still, critical gaps in coverage remain, often for video home visits and remote monitoring of chronic diseases.

Efforts are currently being made at the federal level: A notable new congressional proposal, the Helping Expand Access to Rural Telemedicine (HEART) Act, focuses on improving Medicare’s coverage for rural telehealth services. Telehealth coverage will soon be extended to 9.4 million of the U.S. Department of Defense’s TRICARE beneficiaries, which will benefit all of us.

But health benefit coverage is not enough. A major enabler for rural telehealth is broadband. The Federal Communications Commission is one of several agencies interested in expanding telecommunications infrastructure. Congress also has a role, such as expanding universal access assistance to all rural telehealth providers. A Senate subcommittee held a June 20th hearing on The Universal Service Fund and Rural Broadband Investment to take a closer look at the Federal Communications Commission’s expansion of broadband in rural America.

Ultimately, a nationwide telecommunications arrangement is needed that has an open architecture structure, is internet-based, and meets federal requirements for security and privacy.

Ultimately, a nationwide telecommunications arrangement is needed that has an open architecture structure, is internet-based, and meets federal requirements for security and privacy. The first stage might be a network available for the federal agency healthcare sites, such as the Departments of Health and Human Services, Defense, or Veterans Affairs, or federally funded healthcare facilities like community health centers. An intermediate stage might be to extend to other federally related sites that might include providers who accept Medicaid and Medicare patients.

Amidst these challenges, we are making steady progress to achieve the full potential of telehealth for improving healthcare delivery for rural America.