A 2015 JAMA Pediatrics study indicates that youth suicide rates in rural areas across the country are almost double those in urban areas.

A program called Hope4Utah has been working since 1999 to break this silence in rural and urban communities in Utah. In 2004, Hope4Utah implemented Hope Squad, a school-based peer leadership program in which students learn how to identify warning signs of suicide or other mental health concerns in their peers and alert adults to those students who may be at risk of hurting themselves. Students nominate trustworthy and helpful peers to become Hope Squad members. The program has expanded to 24 states and Canada. 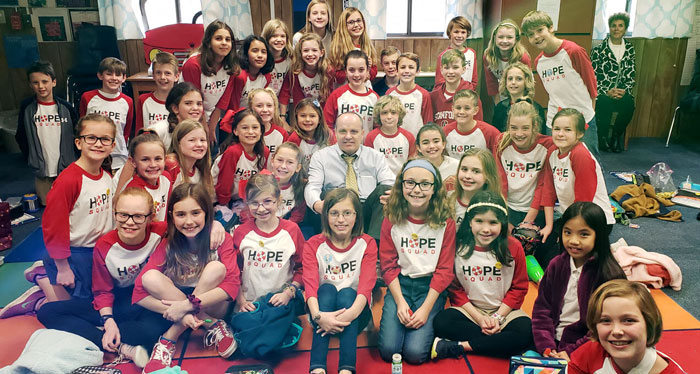 In addition to elementary and secondary schools, Hope Squad has been implemented in colleges, Veterans Affairs facilities, and businesses.

Hope Squad is located in 12 rural Utah communities, and the program has expanded to over 700 schools in Canada and the following states:

The Hope Squad program also collects suicide concern contact data from Hope Squad advisors. These data are collected after advisors and/or school counselors meet with students who have suicide concerns. An analysis of these data shows that Hope Squads are referring approximately 25%-30% of all students seeing their counselors for suicide-related distress and that 14% of those referred are getting hospitalized. This supports the idea that Hope Squads are referring students in urgent and critical need. Additionally, current longitudinal trends in the data reveal that in subsequent years after implementation (year 1), student self-referrals and other student referrals of peers in distress increase, indicating that stigma is breaking down and comfort with help-seeking is increasing.

Recent findings from year one of the Ohio Hope Squad Comparison Study suggest that:

For more information about this program:

In 2019, Hope Squad was featured in People magazine and an NBC News video.

Steps to starting a Hope Squad:

Schools interested in QPR or Hope Squad advisor training can travel to Provo, Utah, or schedule to have instructors provide training in their community. Hope Squad provides an advisor training manual and Hope Squad curriculum. The curriculum is designed for 30- to 40-minute trainings each month, although advisors can adapt the timeframe as needed.

Hope Squad students should not be expected to act as counselors. Instead, students are expected to listen to their peers and then take their concerns to Hope Squad advisors and other trusted adults.