Together We Can Be Bully Free

As is the case in the United States as a whole, suicide rates are on the rise in Louisiana. For Louisianans ages 10 to 14, suicide is the second leading cause of death and the third for those ages 15-34. Suicide was responsible for 677 deaths in 2016, putting Louisiana slightly above the national average suicide rate at 14%. 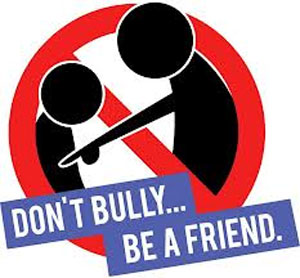 Together We Can Be Bully Free is a part of Union General Hospital's Drug and Suicide Prevention Program. Because bullying often starts in elementary school, the program was originally created for younger students and has since expanded to high schoolers. In 3 sessions a year, parents, teachers, and students learn the dangers of bullying and how to help students who are at risk of committing suicide. Because research indicates a strong link between the suicide and bullying, it became the goal of the program to educate, identify, and overcome physical, mental, and cyber bullying.

This program was also featured in RHIhub's Rural Monitor article, Together We Can Be Bully Free: CAH and Law Enforcement Address Peer Victimization through School-Based Program.

Together We Can Be Bully Free holds 3 sessions per year at participating schools. The planning team formulates session content around issues students are facing expressed by parents and teachers at school board meetings. Topics covered by a mental health and psychiatric nurse from Union General Hospital and a detective from Crime Stoppers of Union Parish include:

In addition to the sessions, the program also offers referrals to local mental health providers for students who need extra help.

Over 3,000 students have participated in the anti-bullying program: 500 students the first year, 600 the second year, and over 1,900 the following years. Students have learned how to recognize, report, and react to bullying. As a result, reports of bullying incidents to the Union Parish Sheriff's Office has decreased. The number of suicide attempts has also decreased. Four resource officers have also been assigned to partnering schools to prevent and mediate bullying incidents.

Together We Can Be Bully Free received the 2014 Outstanding Rural Health Program of the Year Award from the Louisiana Rural Health Association, for its contribution to the healthcare system in Union Parish and for its efforts in improving the quality of rural healthcare through educational outreach efforts.

In 2015, the program was recognized as a "Program of Promise" by Jackson Healthcare's National Hospital Charitable Services Awards. It was selected from a pool of 101 nominees as a high-impact community health program and a model for replication.

One of the biggest challenges when first approaching schools was hesitancy or denial that bullying was an ongoing occurrence. Once the program explained their intention, there was more receptivity. Educating administrators and school staff on the reality of bullying and its long-term effects has remained an ongoing mission of the program.

When approached by school administrators about some of the information presented (for example, stories about suicide or effects of bullying), the program organizers explain the importance of talking honestly with the kids in order to prevent bullying and suicides.

To replicate this program, organizers suggest inviting partners who have a stake in anti-bullying efforts. Cultural diversity among the project's team has helped build culturally relevant messages in order to reach all demographics of children.

Provide age-appropriate material for the youth. Speak to them at their level without sugar-coating the information. Because students respond better to other students teaching, engage the audience in demonstrations an

To replicate this program, organizers suggest inviting partners who have a stake in anti-bullying efforts. Cultural diversity among the project's team has helped build culturally relevant messages in order to reach all demographics of children.

Provide age-appropriate material for the youth. Speak to them at their level without sugar-coating the information. Because students respond better to other students teaching, engage the audience in demonstrations and show videos that feature students.

When speaking of bullying, encourage the students to keep their eyes forward and not embarrass the bullies in the room by pointing to them. Include education about why someone might be a bully (for example difficult circumstances at home). Provide time for public confession, a gesture that is the start of emotional healing for many bullies.

After the presentation, allow time for students to approach the leaders one-on-one, perpetrators and victims alike. Invite the school counselor to be present as well.

The Together We Can Be Bully Free brochure has more information about bullying and classroom resources.

Claudia Wade, Program Director
Together We Can Be Bully Free
318.368.7075
cwade@uniongen.org