In just over ten years of existence, the Health Care Collaborative of Rural Missouri (HCC) has made a huge impact on the health and well-being of residents in West Central Missouri. Strong leadership, a clear strategy, a commitment to collaboration, and leveraging multiple funding sources has allowed them to cultivate partnerships and deliver quality healthcare to strengthen rural communities.

How It All Began

HCC started in 2004 using funds from a grant through the state of Missouri. The pilot program addressed issues including provider shortages, psychiatric care, and primary care. Then in 2006, HCC incorporated as a 501(c)3 nonprofit organization and became a rural health network. 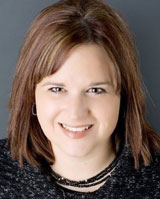 Toniann Richard, HCC’s executive director, joined the organization in late 2007. Since Richard stepped into the position, the network has boomed. Without any prior experience in healthcare, but a dozen years of experience in the nonprofit sector, Richard managed to launch new programs throughout Missouri. She built a team of three people into a team of 50, and increased funding to support a $5 million dollar budget.

Her staff and partners attest to HCC’s strong leadership and the people that make up the team.

“Because of HCC, those around their table are better at what they do,” attests Tonia Wright, a public relations representative contracted by HCC. “Any of their partners would tell you…that we have all raised the bar because of what (HCC) does and how they do it. They have inspired me in numerous ways.”

Because of HCC, those around their table are better at what they do.

HCC is governed by a ten-member executive board of directors, and supported by a growing number of network members and committees.

Over the years, HCC has received over $10 million in grants to build their successful programs. More than one in three of these dollars has come from the Federal Office of Rural Health Policy (FORHP), a pivotal funder of HCC since 2008.

From Wright’s perspective, the FORHP funds have made quite an impact in Lafayette County, the home base of HCC. Previously, the county ranked low in general awareness of health issues, but because of HCC, there has been a growth in awareness of Type 2 diabetes, heart health, and health information technology (to view more results, visit the Robert Wood Johnson Foundation 2015 County Health Rankings portfolio).

“All of these problems seem to have complex solutions; but because of HCC, everyday consumers of healthcare are smarter and able to make wiser decisions about their health,” said Wright. 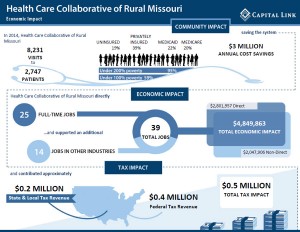 One of HCC’s biggest successes is being the only rural healthcare network in the country that operates two Federally Qualified Health Centers (FQHC), with plans to open two more by the end of 2015. With economic savings as one of the top priorities, HCC is currently working with their local healthcare systems to educate patients on the appropriate use of emergency departments. This step is ultimately saving the hospitals thousands of dollars as patients learn to utilize primary care, instead of emergency departments, for their non-emergency health needs. HCC strongly encourages FQHCs to work with hospitals and local providers to improve the economic development of rural healthcare systems. 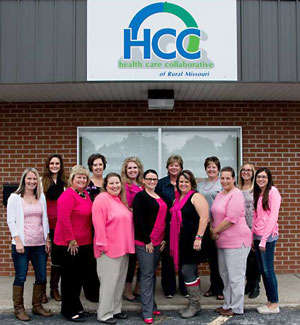 HCC staff in front of their office in Lexington, Missouri

Since her start, Richard has taken several measures to help her team operate at a high-caliber manner. Hiring the right staff to bring passion to carry out HCC’s mission and a fresh perspective became a priority.

“We knew we could train skill, but we were specifically looking for people with empathy,” said Richard.

Besides hiring managers to help facilitate the day-to-day operations, Richard brought on a leadership consultant who provided services like conflict management and goal development to help set her staff up for success. Richard also learned to involve her staff whenever applying for a new grant, instilling ownership by keeping them informed with its progress.

Getting Creative During Difficulty

Like any nonprofit, financial struggles have been some of the biggest barriers to HCC’s success. Richard recalls losing around $400,000 in the first year of operation due to start-up costs. In response, they began working in a smaller margin, bringing HCC to a $50,000 gain the following year. As a nonprofit, HCC has learned to get creative with their use of dollars, like opening up their two FQHCs with a single budget. Trying different methods also brought mistakes, but Richard keeps a positive perspective.

“Failure happens, and we have to pick ourselves up and trouble shoot and go from there, as a team and as a community,” said Richard.

HCC has built a reputation throughout West Central Missouri’s professional community of being an organization that brings people together. Richard attributes the network’s success to her team’s maximization of resources and the cohesion of their network partners.

We figured out how to take existing relationships at a foundation, state, and federal level, and leverage them for a larger strategic plan where they were incorporated so tightly, that you can’t tell where one starts and one ends.

“We figured out how to take existing relationships at a foundation, state, and federal level, and leverage them for a larger strategic plan where they were incorporated so tightly, that you can’t tell where one starts and one ends,” said Richard. “Some people think it happened by accident, but it was very intentional. Our board and network members were committed to addressing the needs of the community and partnering together for success.”

HCC’s model allows relationship-building to win out over competition, and collaboration between network partners to take priority over independent work, encapsulating the true meaning of “network partners.”

“We don’t sit around the table and say, ‘If you will contribute to this project in this way, we will give you x-amount of dollars.’ Instead, we say, ‘There is a need for a pediatrician in our community. How can we all pitch in to help fill that gap?’” explained Richard.

Creating a Strategy That Works

Keeping the network’s strategic plan malleable has also contributed to their success. Earlier this year, the HCC network selected five new pillars for their strategic plan:

Each goal included Key Performance Indicators to help their operations reflect the current state of business and trends, and to keep their organizational efforts accountable. Benchmark measures have been identified and progress is currently being tracked.

The HCC network also utilizes several tools in order to evaluate, as well as boost, their production levels and effectiveness.

HCC also regularly taps into several other organizations for resources and network development, including the National Cooperative of Health Networks Association (NCHN) and the National Rural Health Resource Center.

HCC’s work is not nearly complete. Over the next five years, they plan to continue operating in their current infrastructure and expand their services as the needs present themselves.

“I don’t think we’re finished growing,” says Toniann. “We still have work that could be done and we are going to continue to look for partners who want to work with us to meet those goals.”