Jeff Elhart is the president and owner of Elhart Auto Group in Holland, Michigan, but he prefers to go by “Playground Director II.” The title is in honor of Wayne, his late brother, business partner, and the original playground director. “He gave himself the title because he thought life was a lot of fun,” explained Elhart. The two brothers took over the family business together after their father retired in 1990. 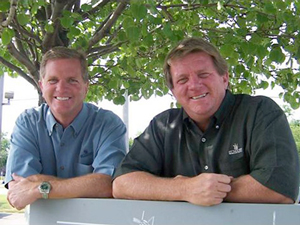 Wayne died by suicide in 2015 at the age of 60. He had a history of depression, but no one realized quite how bad it was. While grieving his loss, Elhart channeled much of his energy toward educating others in western Michigan about depression and suicide.

At his brother’s memorial service, a friend told Elhart about the National Action Alliance for Suicide Prevention (NAASP), a public-private partnership focused on advancing national suicide prevention efforts. Elhart soon got involved and was recently elected to the Workplace Task Force to help decrease suicide rates in male-dominated occupations, specifically the automotive industry.

Nationally, the rate of suicide deaths for men ages 45 to 64 rose by 43 percent from 1999 to 2014. Big risk factors known to contribute to depression in males are often tied with occupational hardships, like layoffs and branch closings. “Most businesses go through cycles based on economic situations that can impact the mental health of workers, especially during down times,” attested Elhart. Recent studies show that suicide rates are the highest in male-dominated industries of construction and extraction. Other industries with high rates of male suicide include installation, maintenance, and repair. 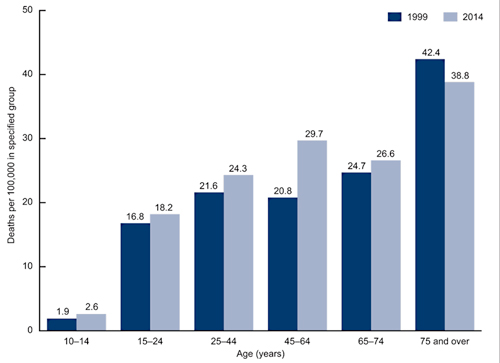 From 1999 to 2014, the rate of suicide deaths for men ages 45 to 64 rose by 43 percent. Adapted from CDC’s Increase in Suicide in the United States, 1999–2014 (original source: NCHS, National Vital Statistics System, Mortality). Access data table.

Self-reliance is often a trademark of these occupations, and hiding depression is more than just saving face. “In those lines of work, if you’re expressing symptoms, you may lose your farm, you may lose clients, you may lose your job,” said Christine Leccese, communications and marketing manager of Screening for Mental Health (SMH), a nonprofit organization that provides online mental health screenings for communities across the nation.

Because 90 percent of people who die by suicide have a diagnosable and treatable psychiatric disorder, mental health experts say the key to preventing suicide is addressing mental health. The challenge for organizations that want to reach men has been finding a method that appeals to this audience. “Traditional mental health messaging doesn’t always resonate with men. Through focus groups, researchers have found that men want a different kind of message,” said Leccese.

In the state of Michigan, suicide is the leading cause of injury-related deaths, with the male suicide rate four times higher than the female suicide rate. What has been known as a “hidden health issue” is coming to the forefront of health conversations as numerous organizations in the state are working to prevent these tragedies. One such effort is Healthy Men Michigan (HMM), a campaign created in partnership with Screening for Mental Health, the University of Maryland, Baltimore School of Social Work, and several other organizations.

To learn more about the study and the Healthy Men Michigan campaign, visit RHIhub’s Rural Health Models and Innovations.

The campaign launched in September of 2016 with funds from a three-year grant from the Centers for Disease Control and Prevention. Through an online screening with non-traditional messaging, the Healthy Men Michigan team works with partners to promote the screening to working-aged men in Michigan.

At the start of the campaign, the team took a grass-roots approach to promoting the screening, making over 800 cold calls to businesses, leisure groups, colleges, and healthcare facilities throughout Michigan, many of which were in rural areas. Now, they rely largely on established partners to make introductions, like NAASP’s Workplace Taskforce that introduced the campaign to Elhart.

“It frankly upset me to see so many articles written on mental illness when I’ve experienced suicide in my life with my brother, and it’s not rocket science. When he died, I thought, ‘What was I missing?’ I was missing a tool,” explained Elhart, who jumped at the chance for a practical way to equip his employees regarding mental illness awareness. 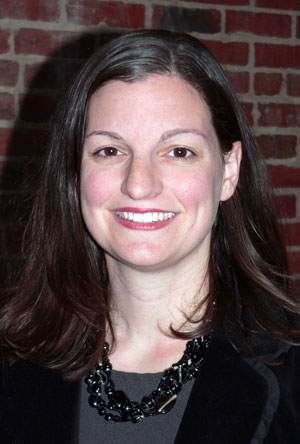 The Healthy Men Michigan screening serves as an anonymous mental health self-assessment that takes just a few minutes to complete. Although it does not intend to be a medical diagnosis, the screening serves as a way to educate and alert the person of his risk of depression or suicide. Referrals are then made to appropriate local services, like a nearby hospital or clinic; statewide resources, like Mental Health Association in Michigan, The Michigan Association for Suicide Prevention, and the Michigan Veteran Resource Service Center (now called Michigan Veterans Affairs Agency); and national programs.

With funds from the CDC grant, Dr. Jodi Jacobson Frey, associate professor at the University of Maryland, Baltimore School of Social Work, is leading a study of the campaign. “We don’t know much of what works to reach this age group and how to engage them in programs that really meet their needs,” said Frey. This study will be the first that evaluates the effectiveness of online mental health interventions for working-aged men. 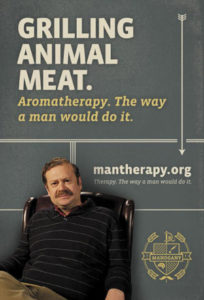 One of those interventions that Frey’s team is testing is Man Therapy. With the tagline, “Therapy from the creators of pork chops and fighter jets,” the website uses “manspeak” and cheeky humor to engage users with resources and success stories. The fictitious therapist, Rich Mahogany, adds a relatable touch.

The website is unique in its approach to integrate humor into suicide prevention. Frey says that appears to be one of the keys to its success: “Somehow, this marketing to men based on what they have been asking for is working. This strategy that uses humor is different than what is traditionally used in the mental health field.” Man Therapy will be introduced via Healthy Men Michigan to those participating in the study.

From Barber Shops to Universities

Leccese was one of the SMH representatives who traveled to Michigan to build partnerships and promote the campaign. “We’ve gone from the grassroots level – the barber shop level – all the way up to some of these bigger employers and universities.”

SMH provides free online and printed materials as well as marketing tips for campaign partners. Webinars feature leaders of male-dominated groups like the Firefighter Behavioral Health Alliance and the Construction Industry Alliance for Suicide Prevention who are bringing mental health education to their workplaces.

Other organizations may be scared of suicide, or they don’t see it as something to get involved with at all. They need to have information that speaks their language and also explains why suicide prevention is everybody’s business.

For groups or businesses less connected to mental health services, like those commonly found in rural areas, the convincing can take more time. “Other organizations may be scared of suicide, or they don’t see it as something to get involved with at all,” noted Frey. “They need to have information that speaks their language and also explains why suicide prevention is everybody’s business.” In these cases, Healthy Men Michigan uses a public health approach, specifying that maintenance for mental health is just as important as physical health and requires occasional check-ins. 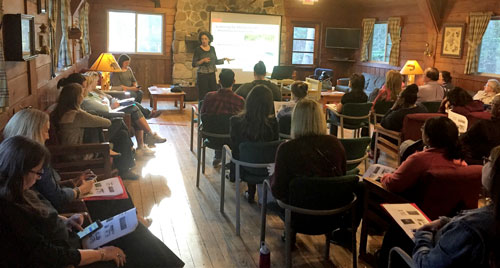 Christine Leccese, communications and marketing manager of Screening for Mental Health, presents on the Healthy Men Michigan campaign to a group in Roscommon, a village in central Michigan.

Holland is a town of 33,000 that straddles Ottawa and Allegan counties. Despite being about a 30-minute drive from Grand Rapids, needed services can be hard to come by. “It’s pretty vulnerable because of the lack of [mental health] resources and treatment, like counseling and psychotherapy,” explained Elhart. About 40 percent of his 110 employees commute into Holland from rural areas, so offering mental health services for those who may not have them at home is a priority.

In a Healthy Men Michigan webinar entitled “For Men Who Think of Sirens as Driving Music,” Frey mentioned that, for men, common barriers to getting mental health help include gender socialization, negative labeling, co-existing disorders, resistance to verbalizing emotions, and lack of resources.

Elhart ensures that his employees have the resources and an environment that welcomes mental health discussions. He pairs the Healthy Men Michigan screening with “be nice.,” an education tool that teaches depression and suicide risk recognition and conversation skills.

…it’s up to the loved ones to notice the changes in behavior; invite yourself to have that loving conversation, challenge them,…and then empower them to get help.

“Unfortunately, as I found out with my brother, it’s up to the loved ones to notice the changes in behavior; invite yourself to have that loving conversation, challenge them,…and then empower them to get help,” said Elhart, who takes calls on a weekly basis from people with mental health questions regarding loved ones. “Once a person shares with you that they are considering suicide after you have shared your observations in their behavioral changes, then action can take place.”

Elhart’s ambition is to introduce the Healthy Men Michigan campaign, along with the be nice. tool, to thousands of car dealers and automobile manufacturers in the next year and a half. His goal is not out of reach. Recently, he spoke at a Michigan Auto Dealers Association conference where the dealers in attendance represented 76,000 employees in Michigan. Elhart said that the fact that 80 percent of attendees knew his brother gave him credibility. He plans on speaking at similar gigs throughout the year. 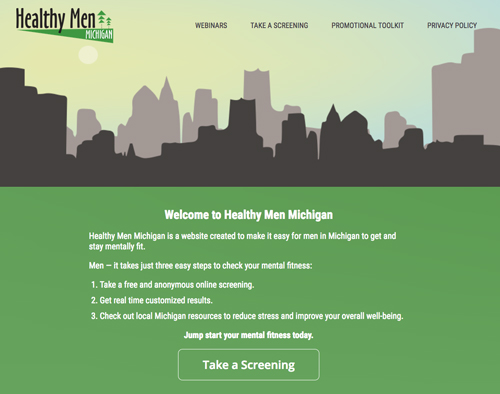 One of the most promising successes has been with Healthy Men Michigan’s partners. “Where suicide prevention was not in their mission or even on their organization’s radar, now they are starting to see a connection and a role they can have in prevention and supporting the well-being of workers in families and in their communities,” reported Frey. Nearly 1,000 people have taken the screening through HealthyMenMichigan.org and the team has secured over 125 partnerships across the state.

For Elhart, he presses on with his efforts because he knows “mental illness is treatable and suicide is largely preventable.” At Elhart Auto Group, mental health has become a part of the workplace culture. So far, 35 of his employees have taken the screening. Because all of the surveys are confidential, Elhart doesn’t see the survey results, but he’s noticed a change. Some employees have sought professional help for depression, and more have been taking advantage of the employee assistance program he offers.

“It opens up the atmosphere…and everybody feels more empowered to talk about their situation because now they know that one out of five suffers from mental illness,” he said.