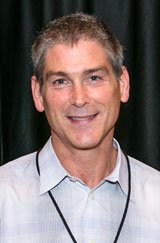 The optimism, energy, and progressive thinking of Oregon: These are the elements Scott Ekblad says keep his life and his work so interesting and rewarding at the Oregon Office of Rural Health (ORH). While healthcare may not have been his expertise in the beginning, Ekblad has always found himself familiar with the rural experience.

Born and raised in rural North Dakota, Scott attended college in Minnesota and graduated with a degree in Psychology. As he stated, his degree “has been more helpful than one might initially think.”

“When you need to engage with such a broad spectrum of people, as we do in state offices of rural health, it is helpful to have some basic information about how the human mind works,” Scott wrote me.

After making the move to Oregon with his partner right out of college, Scott began volunteering, then working, in the field of HIV prevention. In 1992, he began his career at the ORH, holding a few different positions before becoming the director in 2005. 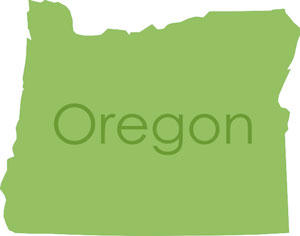 When asked about Oregon, Ekblad doesn’t shy from his pride of the state. The natural beauty of the Pacific coast or the many mountain ranges are definitely pleasing, but Scott said that he loves the “optimism so prevalent among Oregonians.”

“I think what I like best about my job is the ability to travel around the state and enjoy the incredible scenery, learn about its history, and meet an amazing array of inspiring people,” Scott stated.

I recently had the chance to ask Scott about his work within the ORH. Among other things, he shared insightful strategies the office has implemented to challenge common rural issues and also newer epidemics such as opiate abuse. His understanding of rural folks is sagacious at the very least. It was obvious by his responses that Scott has a lot of guidance to offer those seeking to improve the conditions of rural healthcare and population health.

What steered you into a career of working with rural issues at the ORH? What keeps you motivated to do the work that you do?

I fell into rural health by accident. I needed a job, and responded to a “help wanted” ad in the newspaper. I did not know the first thing about healthcare, but I did know about rural. Common sense and the fantastic mentorship of my boss at the time, Karen Whitaker Knapp, pulled me through. I’m still here 24 years later because I am inspired daily by rural Oregonians. And because I believe healthcare is a right, not a privilege.

How did the ORH become partnered with Oregon Health & Science University (OHSU)?

ORH began as part of state government, and was at the state health division for ten years. The section in which the office was located ran into funding difficulty, and was going to be eliminated. In 1989, rural legislators rallied to have ORH moved to OHSU in order to preserve it and to allow the office to operate with greater flexibility than state agencies typically can.

What key rural healthcare issues are you dealing with in Oregon?

Oregon is a Medicaid expansion state, and it is fun and exciting to be a part of the innovation allowed by our Medicaid waiver and encouraged by the Affordable Care Act. I would have to say that our biggest challenge at the moment is meaningful integration of mental and oral health into the larger health care delivery system.

What is your office and the state of Oregon doing to support rural Emergency Medical Services and volunteer EMTs?

We have done several things over the years, but one of my favorites is our Apple A Day campaign (now called HERO campaign). Every year we hold a fundraising dinner and silent auction. We use those funds to make grants to rural, volunteer EMS providers for training. The grants are modest – $300 for individuals and $2,500 for agencies – but it sure is appreciated. Rural folks can get a lot done with relatively few resources.

This year, you funded telehealth pilot projects as part of a State Innovation Model (SIM) grant. What kind of innovations are you seeing with the projects?

We were contracted by the state to administer the telehealth grant program, and the focus of telehealth was predetermined. Just to give you an idea of the need and interest in telehealth, we received more than 70 applications. We were able to make 5 awards, and are currently working with the awardees to assist them in carrying out their projects.

Another awardee created a Virtual Dental Home for school children by using an Expanded Practice Dental Hygienist onsite in telecommunication with a remotely located dentist.

A third connects rural HIV patients with a pharmacist for education, consultation and virtual visits to improve medication adherence and to decrease drug interactions and side effects.

Opioid abuse has been a significant issue in both urban and rural areas of the country in recent years. Are you seeing this issue in the rural parts of Oregon? If so, what strategy is being implemented to take on this national epidemic in you state?

What programs and strategies have you found to be most effective in addressing workforce shortages in your rural communities?

I am particularly excited about a new GME consortium that has formed in our state. It is a public-private collaboration that will develop residency programs in rural communities. Like many states, we produce enough physicians but don’t have nearly enough residency slots for them and they must go elsewhere to complete their training. Stay tuned on that one!

Beyond that, I think that what’s worked for Oregon is that same as what has worked throughout the country. In the short term, loan repayment brings them in. I personally favor long term strategies though, because retention rates are higher — loan forgiveness, scholarships, and programs that build on local AHEC efforts. In my opinion, we need to put strategies in place that give rural kids the educational foundation and the confidence to pursue a health care career. Then stay engaged with them as they progress through their training and never let them forget that they are wanted and needed back home.

What are the next steps and projects for ORH?

The Oregon Office of Rural Health is becoming more and more involved with education of policy makers. We recently published a Rural Hospital Listening Tour report to which legislators and others in the realm of policy responded very well.

We’re just putting the finishing touches on an Aging Services report, which I hope will bring to light the challenges our rural elders face aging in place.

We’re also just beginning two very ambitious projects, a Blueprint for Rural Health in Oregon and a report on the changing landscape of healthcare in the rural parts of our state. Both should be very enlightening and, because they will be done in close collaboration with our statewide partners, will have an impact beyond what was originally imagined.

Could you share your favorite part about being the director of ORH?

My favorite, hands down, is the relationships I’ve developed in the process of doing my job. With my colleagues, with our partners and with the rural Oregonians we are here to serve. I find public servants, whether in state government, universities or community volunteers, to be incredibly inspiring.