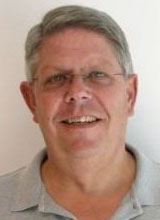 by Thomas Hoyer, a retired senior executive for the Centers for Medicare & Medicaid Services (CMS) who recently completed two terms as a member of the National Advisory Council on Rural Health and Human Services

In December of 1999, I flew out to Billings, Montana, to provide the HCFA [Health Care Financing Administration, now CMS] half of a Field Hearing being conducted by Senator Conrad Burns (R-MT). The hearing was designed to allow Senator Burns to roast HCFA for the benefit of Montana providers and beneficiaries but it was a friendly roast. The thing I remember most vividly about that hearing was my conversation with Senator Burns. He had been in the Senate since 1989 and before that had a long history in Montana as an auctioneer. He seemed to know just about every person we encountered.

Senator Burns was clear as he could be about the value of Medicare. He told me that right off the bat Medicare had cut rural poverty just about in half. The rural elderly, notoriously short on insurance before Medicare, no longer had to go without treatment or spend their life savings on care. Medicare’s cost payments to small hospitals gave them new life. Reasonable charge payments to physicians made them solvent. He thought Medicare was a rural miracle.

By the time we spoke, of course, hospital prospective payment had made a considerable dent in rural medical prosperity, some chunk of which had been restored by subsequent enactments. Burns was happy with the way things were going.

By the time I climbed on the plane home I understood that Medicare has been an enormous force for good in rural America. People may argue about this provision or that provision but the impact is undeniable and permanent.