Back to: Social Isolation and Loneliness: Insights from Rural Clinical Providers and Other Experts

In August 2018, the Kaiser Family Foundation published a report on social isolation and loneliness completed in collaboration with The Economist, a London-based news organization with offices in New York and San Francisco. Surveyed were 1,000 individuals per country aged 18 or older in the U.K., the U.S., and Japan. Though rurality was not addressed, in the U.K. and the U.S. two in ten individuals reported loneliness or social isolation, while the count was one in ten in Japan.

Further data analysis showed that people younger than age 50 — in all countries — were the majority reporting loneliness, not the more advanced-age respondents. Another key finding was that though fewer Japanese reported loneliness, those who did reported a more serious intensity of that feeling. The study further explained: In general, “large majorities in Japan think the Japanese concepts of hikikomori, a tendency to avoid social engagement and kodokishi, or dying alone, are serious problems.”

What does this social isolation survey have to do with rural America? Because those responses demonstrate how country and culture influence social connectedness. Experts caution that much of the commonly cited research comes from multinational studies and is not specific to the U.S. or to rural America, where the issues of healthcare access and care delivery systems, economic disparity issues, and an aging population with multiple chronic medical and behavioral health conditions may influence results.

To bridge the research gap around the rural aspects of social isolation, researchers at the University of Minnesota Rural Health Research Center have released three recent studies. Two of these publications are rural policy briefs: one on gender differences and the second, a key informant analysis. The third is a journal article reporting on urban-rural social isolation differences. Dr. Carrie Henning-Smith, deputy director of the research center and an assistant professor at the University of Minnesota’s School of Public Health, is first author on these publications. She said because of her early career experiences as a social worker and case manager, she welcomed the opportunity to study rural social isolation and loneliness. 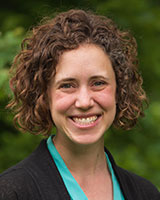 “I’ve long been interested in the issue of isolation and loneliness,” she said. “And though I’ve been excited about the recent media, research, and policy attention on social isolation, I was disappointed in the lack of rural focus. I suspected that the experience of social isolation just had to be different in rural spaces. We needed to dig into it.”

Henning-Smith said that the research has had its challenges, starting with convincing traditional health researchers — who often study objective measures as opposed to studies that look into a population’s perception of their feelings — of the need. But she shared a perspective on that limitation.

“I’ve had trouble articulating a succinct summary of this paper because the findings revealed so many different and important angles to rural social isolation,” she said. “On average, rural residents have more people in their lives, more friends, more family, and they’re more likely to say they can rely on their networks. That’s great. But it’s not enough to leave that as a stand-alone takeaway. You need to next go into the results of data around the question of whether their social needs are actually being met.”

On average, rural residents have more people in their lives, more friends, more family, and they’re more likely to say they can rely on their networks.

The study also highlighted the urban-rural difference around social exclusion, noting that “the only measure on which noncore rural residents fared worse than urban residents was feeling left out: By 10 percentage points, they were more likely to report feeling left out often or at least some of the time.”

“I think that finding highlights differences that might be related to rural culture,” she said. “If you have more people in your life and you find out that those people are hanging out without you, of course it makes sense that you might feel left out. Additionally, structural barriers in rural areas, including transportation, may make it more difficult for rural residents to connect with one another in person.”

Experts said that despite standardized definitions and measurement tools for social isolation and loneliness, there are challenges for the research:

The two policy briefs highlighted other rural aspects of social isolation and loneliness. A key finding in the August 2018 brief on gender differences — again using NSHAP data — was that 3% of both rural women and men reported having no friends or, otherwise stated, 97% reported having one or more friends. Henning-Smith elaborated on this finding.

“This was somewhat of a surprise, but perhaps it shouldn’t have been, knowing the connectedness that exists in rural areas,” she said. “However, 3% is not an easy number to dismiss. Think about it. If 3% of an entire population is impacted, that’s a lot of people and an opportunity to intervene. Beyond that 3% number, there were so many people who said, ‘Well, I have one friend or one close relative.’ We found that around 6% of rural men and women reported having only one close relative and 2% of rural men and women having one friend. One person is not a very robust network. Nearly every one of us will either be a caregiver or receive care at some point in our life. Those social relationships will be even more important then. This topic impacts each one of us. It’s important to think about isolation in terms of being concerned about the people who are in your life and those who are looking out for you. One individual may not be enough.”

Rural Results from a Recent Survey

A May 2019 report, released by the Robert Wood Johnson Foundation, National Public Radio, and Harvard T.H. Chan School of Public Health, surveyed 1,405 adults aged 18 or older living in the rural United States, that included questions about social isolation and loneliness. The survey found that “while nearly one in five rural Americans say they always or often feel isolated or lonely, most report having at least a few people nearby they can rely on for help or support.”

The October 2018 key informant research, which Henning-Smith said to date has been the most viewed of the three papers, included surveys of 22 experts and thought leaders from 12 states, representing four of the ten Health Research and Services Administration regions. Focusing on the unique aspects of rural social isolation, five themes emerged from the respondents: transportation, technology, demographics, access to resources, and rural culture. 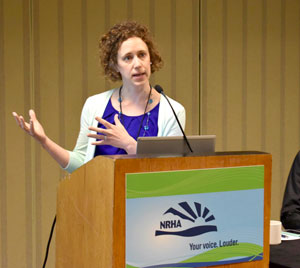 Of these themes, transportation was the “most frequently endorsed theme, with key informants discussing ways in which limited transportation availability and infrastructure make it difficult for people to connect with each other across long distances, as well as for providers to reach people and for people to attend events.” The remaining four themes touched on rural broadband and internet access, poverty, aging rural population, and the need for “more and better data to study this issue in rural populations and emphasized that community health needs assessments need to consider social isolation.”

Henning-Smith has research ideas about how to address data gaps.

Henning-Smith also pointed out the need to start working on evidence-based solutions.

“We’re at the point in this research where we know social isolation and loneliness matter for health, but we don’t know exactly what to do about it,” she said. “There are some good ideas and some promising practices, but we are a long way from moving the rural needle. There might be programs that work, but they haven’t been well tested in rural areas across the country.”