Back to: Eye Health Needs: Preserving the Eyesight of Rural and Underserved Populations 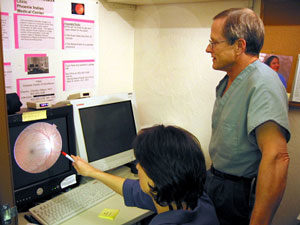 A December 2016 Health Resources and Services Administration (HRSA) report, National and Regional Projections of Supply and Demand for Surgical Specialty Practitioners: 2013-2025, predicts a shortage of ophthalmologists in 2025 by a count of over 6,000. Though this report didn’t include a rural analysis, experts pointed out that ophthalmologists can be few in rural or even in contiguous-to-rural areas.

Due to its core objective of evaluating, diagnosing, and managing a remote patient, telemedicine services seem a logical solution to the rural ophthalmology need. Experts said there is solid research evidence that many eye diseases can be diagnosed with an onsite exam interpreted by an ophthalmologist located at a distance.

A December 2017 review of teleophthalmology discussed remote technology for three common “blinding” diseases: age-related macular degeneration, glaucoma, and diabetic retinopathy. The paper’s authors concluded that ophthalmologists will need to reconsider traditional care delivery and that teleophthalmology “is in its infancy but has the potential to improve access to care, decrease cost of care and improve adherence to evidence-based protocols.” 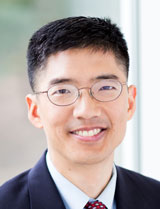 Dr. Michael F. Chiang, American Academy of Ophthalmology Board of Trustees member, Professor in Ophthalmology, Medical Informatics, and Clinical Epidemiology at Oregon Health & Science University and Associate Director of the Casey Eye Institute, said he understands how valuable teleophthalmology could be for his patients who “drive for 5 or 6 hours, stay overnight in a hotel, see me, then return back home to rural Oregon.”

Chiang said teleophthalmology researchers address several issues: for example the question of getting a diagnosis that is as accurate as an in-person exam, along with the question about the cost-effectiveness of the care. In addition, a third question is raised by researchers in his specialty studying retinopathy of prematurity, or ROP, another blinding disease that affects some premature infants: Who is the best provider to interpret these remote exams?

“What we’ve learned in ROP research is that there is a greater difference between two providers’ skills and experience than there is a difference between the exams with onsite technology and the in-person exam,” Chiang shared. “I don’t know if that is generalizable to other diseases, but my intuition is that it is and that it’s not just an ROP thing. Soon, we’ll need to address which person interprets the exam rather than debate whether the exam is better done in-person or by telemedicine.”

Chiang also pointed out that there is an urgency to getting the ophthalmology access problem solved for rural populations since rural solutions often bring solutions for urban areas.

We’ve got this huge access need in rural America. Actually, we’ve got a similar problem in urban areas. But need is what drives change in this country.

“We’ve got this huge access need in rural America,” he said. “Actually, we’ve got a similar problem in urban areas. But need is what drives change in this country. When we’re motivated, providers, scientists, and policymakers work together to solve problems. For example, look at what the Veterans Administration and the Indian Health Service have accomplished. Some of the earliest support of teleophthalmology actually has come from the IHS.”

The IHS work Chiang referred to started in 2001 with a collaboration of the Joslin Diabetes Center and the Indian Health Service to address diabetic retinopathy (DR), the IHS-Joslin Vision Network Teleophthalmology Program (IHS-JVN). Ophthalmologist Dr. Mark Horton, the program’s developer/director, spent his career working to decrease the prevalence of blindness in IHS’s diabetic population by increasing surveillance of DR. The IHS team worked with the Joslin Diabetes Center, designing equipment that was portable and that could withstand temperature extremes. Policies, procedures, and personnel needs were all matched to accommodate the needs of IHS patients and the variation in the communities where patients receive their care. This information is available in multiple publications. Recently retired, Horton continues to work as lead author developing best practices for teleophthalmology design and operation for the American Telehealth Association along with some international consulting work.

I’ve learned that if I can do teleophthalmology north of the Arctic Circle in mid-winter, you can do this anywhere.

“I’ve learned that if I can do teleophthalmology north of the Arctic Circle in mid-winter, you can do this anywhere,” Horton said. “The barrier to this type of care is absolutely not technical, though the system you create for downtown San Francisco is not necessarily what you’ll do for Selawik, Alaska. This program has been shown to work in remote facilities located at the end of a 20-mile dirt road in the middle of the Arizona desert.”

Horton said that DR surveillance programs, now implemented in almost 100 IHS rural and urban facilities in 25 states and completes over 20,000 yearly exams, has increased surveillance by about 50%. Local community members became trained staff operating the equipment. Images are securely uploaded and stored in Phoenix and Flagstaff, the latter location for the HIPAA-mandated backup services. Horton and his colleagues interpreted exams from their office or homes.

“The technology at the originating site, in this case, the wilderness site, is not all that tricky,” Horton said. “We also learned that our program actually produced a better remote than an onsite eye exam with respect to DR.”

“When we found DR by remote surveillance, we could bring patients to a laser and fix them for life for a lot less money than taking them to the operating room after they’d had a vitreous hemorrhage or retinal detachment, and do a $20,000 procedure that may — or may not — preserve normal vision,” he said. 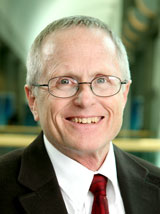 But Horton emphasized that vision surveillance programs have to be so much more than just available technology that takes a picture of the inside of a patient’s eye.

“Yes, we know that remote DR surveillance provides a quality exam and is also very cost-effective, especially for organizations and systems using a business model that doesn’t depend on volume,” he said. “But you have to offer that surveillance within a primary care workflow environment where it can actually happen. Primary care providers will need to have some sweat equity in the effort so they can do what they can to get their patients examined,” he said.

Horton commented on the nuances around patient screening that apply to all diabetic patients, not just those in underserved or rural areas.

So, when it comes to preventing blindness and patients aren’t showing up for preventive care, it’s still the organization’s concern. It’s still a primary care concern.

“We tell diabetic patients that long list of miseries about their disease, that they might lose their feet, or their kidneys might fail, or even worse, that they might go blind,” Horton said. “Despite hearing that list, they still may never go to an eye provider at all, or might go for one exam because year after year, they don’t go blind. They see just fine. Providers have to remember that in most patients, diabetic retinopathy is an asymptomatic disease until the lights go out. Then it’s often too late to protect their vision. In almost all studies, at least half of the diabetic population doesn’t get timely surveillance for their diabetic retinopathy and without timely surveillance you won’t get timely treatment for a high-risk disease. The one problem that exists almost everywhere is that many patients tend to not get timely care because they are unable or choose not to get timely care. So, when it comes to preventing blindness and patients aren’t showing up for preventive care, it’s still the organization’s concern. It’s still a primary care concern.”