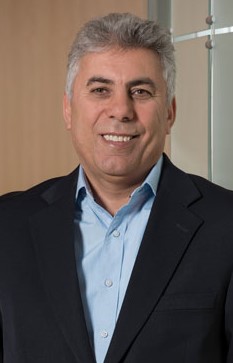 Dr. Ali H. Mokdad has spent much of his career educating others about health. He is currently the Director of Middle Eastern Initiatives and Professor of Global Health at the Institute for Health Metrics and Evaluation (IHME) and Head Faculty Member of U.S. Studies at the University of Washington. Prior to joining IHME in 2009, Dr. Mokdad worked at the U.S. Centers for Disease Control and Prevention.

One of the major health issues IHME covers is maternal and infant mortality. Since the 1980s, infant mortality rates have decreased in the United States; however, the rates are still high in comparison to other developed countries. The U.S. is also among only eight other countries that experienced an increase in maternal death rates since 2003. In one of the most medically-advanced countries in the world, it leaves us wondering, “what’s the issue?” Dr. Mokdad took some time to speak with me about some reasons behind this reality from a rural perspective.

What are some factors that contribute to the high rates of infant and maternal mortality in the United States?

What we see are many health indicators related to infant and maternal mortality that contribute to us not performing at the same level of our competitors. Our rank of life expectancy at a global level is about 39 or 40. It’s a combination of things that also explains why we have a variation of these disparities between rural and urban, but there are four risk factors that lead to these disparities – infant and maternal, as well as overall mortality – within our country:

The first is socioeconomic factors. If you take somebody’s education and income, these are important factors in health achievements. To give you an example, if a woman is educated, she is more likely to know the health danger signs and seek medical care, she is more likely to adhere to the message of medical care, et cetera. If you look within the U.S. between rural and urban and compare education levels and income levels as a nation, we also fall short of some of our competitors.

The third factor contributing to mortality in the U.S. is quality of medical care. This is very important, especially when you put it in a rural compared to urban context. The timing of injury related to the timing of intervention is also important. For example, in Seattle, Washington, it would take 15 minutes to receive first line of defense treatment to prevent mortality. Whereas, in a rural area, it may take much longer.

The fourth one, which is the most important risk factor that makes us fall behind other countries and makes rural areas here perform at a lower level than urban areas, is preventable risk factors. These include smoking, obesity, physical inactivity, and drug and alcohol abuse. We know that rural areas have a higher profile of these risk factors. One thing in particular that is really impacting rural areas is the drug abuse epidemic. Many babies are born with a mom who is an addict, and there are complications with these babies. There is a rise in infant mortality because of drug use.

How many of these deaths are due to preventable diseases, illnesses, and situations versus hereditary or unavoidable diseases?

Most of the risk factors I mentioned, we call them preventable risk factors for a reason. The leading causes of infant and maternal mortality are smoking, obesity, alcohol, and physical inactivity. There is no reason for any one of us to deal with the diseases, such as diabetes and cardiovascular diseases, that are results of these risk factors. We have the medication and know-how to prevent them, but we can do better.

The leading causes of infant and maternal mortality are smoking, obesity, alcohol, and physical inactivity.

Smoking is a good example. You look at poor, rural areas in the U.S. and you have high levels of smoking and tobacco use. Smoking has a direct correlation to infant mortality in rural areas. Moms who are smokers put their newborns at higher risk of death during and after delivery.

If you look at infant mortality, for any pregnant woman or one considering getting pregnant, her medical doctor will put her on a multivitamin. During pregnancy, that woman is recommended to seek regular medical care to check on the baby and herself. If there is a sign of danger during pregnancy, the doctors will advise the woman to deliver in a hospital, in a certain way. That automatically is a preventive measure that leads to a lower chance of the woman dying during pregnancy and leads to lower infant mortality because the woman and infant are being taken care of.

If you are in an urban area, have more education or insurance, live near a doctor or hospital and can get there in 15 minutes rather than 2 hours, happen to be a nonsmoker, are physically active, aren’t overweight, don’t drink alcohol, and are not on drugs, then the baby has a better chance as well. So the four risk factors play into everything.

What are some solutions that would help these high infant mortality rates decrease, especially in rural areas?

The best return on investment is to attack these factors – drug use, alcohol, obesity – and start preventive programs to address them.

We are in a day and age with technology where the world is becoming smaller and smaller. The solution has to be several things. First, we need to address risk factors. I know many small, rural counties don’t have money or resources. A good example is a recent story of the couple who overdosed in Liverpool, Ohio and almost died with a young boy in the back of the car. The sheriff essentially said, “We have a big problem from overdoses, but we don’t have the resources to deal with it.” The best return on investment is to attack these factors – drug use, alcohol, obesity – and start preventive programs to address them. Many big cities have developed programs that are successful and working. But you need to add a new twist to apply them to rural areas.

Second, have ongoing experiments to test them out in rural areas. For instance, there are different programs out there to prevent smoking and reduce obesity in schools and communities. Public health departments need to help their rural counties by saying, “We are going to give you some money to try these four or five programs that we know have worked in other places. As you experiment with them, we will work with you as you adopt a program to make your own success story.” It’s like with a retirement plan or 401(k): the investor puts the funds in different stocks and monitors them, investing more in the one that is making the best return. In rural health, we should take the same approach. There are many possible solutions out there; we just need to implement them.

Other countries have one factor that we aren’t as strong in – maternity leave. For working moms in the U.S., many don’t have paid maternity leave or enough of a maternity leave to nurture their growing infant. In places like France and Sweden, maternity leave is for six months, up to one year in some places. There is more financial aid after the delivery and more social programs that help a woman balance between her work and child. Unfortunately, during pregnancy and right after her child is born, many working moms in the U.S. try to juggle between working and taking the time to go to a doctor for regular checkups.

You mention on your site that some key drivers to reducing infant mortality include maternal education, medical and public health innovations, and rising income. How is this possible for rural America where resources to achieve these things are often scarce?

Education is one of the biggest drivers, but we’re not talking college education or higher education; we’re talking about high school education. In many rural counties, I wouldn’t say we have the best education compared to that of other rural Western countries, but we have a decent one in that everyone has access to free education. The challenge is how to make sure everyone graduates from high school and is able to attend and afford college.

Once you have a high school and college degree, you are more likely to make money than those who don’t. When young people delay pregnancy, they are more likely to have a healthy child. If a woman is educated, she is more likely to be financially independent. So, education has been proven, through different studies, to have a strong protective effect against infant and maternal mortality in many countries.

Many sectors of our society have to be involved in order to make it a success story.

Unfortunately, in the U.S., we debate health and education more than any other country in the world. When it comes to making all the ingredients for a success story, we are not good at that. Many of the problems of infant mortality are not the problems of the medical system or educational system alone. Many sectors of our society have to be involved in order to make it a success story. If you look at the majority of the diseases that we are facing right now, in order to take action, you need the healthy diet to be available at a reasonable price – that’s not the health system, that’s agriculture. You need roads to be safe so people can access hospitals – that’s not the health system, that’s urban planning. So there are a lot of issues that need to play together in order for a person to make a right decision. In this country, we haven’t done a comprehensive job at making these players come together.

How can rural healthcare providers contribute to this community-wide effort you are talking about?

There have been several studies that show when a provider is the one to suggest that a patient quits smoking or loses weight, the patient is more likely to adhere to it. Physicians in rural areas have a bigger role to play, not only to look at the immediate medical care that the patient is seeking, but also to screen for other risk factors ongoing in his or her community. Doing a little bit more preventive care will be valuable.

…we need a system change in order to have success. In rural areas, there are others who may need to take a role in health interventions.

Now, after saying that, sometimes this is a big aspiration for a rural physician because, first, they don’t have enough time and, second, they are not paid to do so. Because of this, we need a system change in order to have success. In rural areas, there are others who may need to take a role in health interventions. But all of these methods require resources, money, and time.