Back to Comprehensive Rural Population Health: Where is the General Surgeon? 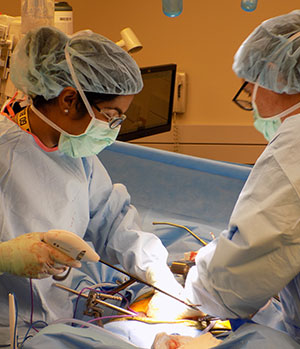 Nearly a decade ago at a 2007 regional surgical meeting in Hot Springs, Virginia, some of the country’s surgical leaders discussed the evidence surrounding the national general surgery access crisis. They reviewed procedure-linked community and facility economic data provided by a national physician recruiting firm. They talked about the staggering retirement numbers of the nation’s general surgeons. Attendees mentioned how the advanced practice provider model used to meet primary care workforce needs couldn’t be directly replicated in a procedural specialty like general surgery. Also raised was a rural-specific issue: “the workload in rural areas for a general surgeon is going to increase approximately 30% by 2020 based on the aging population.”

Now the year 2020 is near and surgical leaders note that rural data on the general surgery workforce still isn’t clear. In 2010, a report found the supply of the country’s general surgeons will not keep pace with demand. More workforce information comes from a National Center for Health Workforce Analysis 2016 report reviewing supply and demand of nine surgical specialties along with general surgery data. Some regional comparisons are included in that report, but no specific rural analysis. The American College of Surgeons (ACS) points out in its September 2017 prepared statement for a congressional health subcommittee: “Current projections do nothing to inform the availability of and access to surgical procedures on a regional level. They simply tell us that year after year we are falling behind, with a shrinking proportion of general surgeons to population.”

In April, Dr. Mark Puls, rural surgeon in Alpena, Michigan, and vice chair of the ACS Advisory Council for Rural Surgery reviewed available data, noting, “As these data demonstrate, there is a lot of conflicting information regarding the degree of shortage of rural surgeons. It can be difficult to draw conclusions and come up with a real answer to the question of how many rural surgeons are needed now and in the future.”

Dr. Patrick Bailey, with ACS’s Division of Advocacy and Health Policy, explained that to obtain more data the College assisted with the drafting and introduction of the bipartisan Ensuring Access to General Surgery Act of 2017, a bill advocating for a general surgery workforce area definition, the first step in understanding rural shortages.