One of four articles in the series Young Rural Healthcare Leaders Share Experiences and Insights. 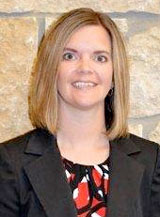 What was your path to your current position as CEO and CFO?

I’m originally from Beatrice, Nebraska. I was a tax accountant until I got married and moved to Pender in 2005. At that point, the CFO position became open at the hospital, so I spent the next couple years learning healthcare. We had a couple transitions with CEOs and an interim CEO who taught me a lot. Between the transition of the first and second CEO, we had the opportunity to put together a pitch to build a new facility for our organization. When the second CEO left, I decided that I wanted to be more involved in the strategic aspect of our organization. I applied for the CEO position and made that transition in May 2013.

What has been your most effective innovation at PCH?

We have focused on our mission, which is to create a continuum of care for our community. Our mission statement has really driven our strategic plan over the course of the last five years, and it started with that initial project of building a new facility, between 2010 and 2012. After I took over the CEO position in 2013, we moved forward with purchasing our local clinics to really align our primary care providers with the hospital a little bit more, even though they were all the same providers. And then we purchased the local retail pharmacy and added a new retail pharmacy location. Our latest addition has been to open a child development center. Previously, there was only our hospital and our sister organization that was a nursing home and an assisted living facility. So now, we really have that continuum of care within our community from birth to death.

What impact did that innovation have on patients, your facility, and your community?

Our child development center actually opened up on January 4th of this year, so it’s brand-new. We’re able to accommodate 40 children, ages 6 weeks to 5 years. One of the very first questions that every candidate who’s applying for a position asks is: “What’s the status of child care in the community?” And our answer up until this point had always been, “Put yourself on a waiting list right away,” because we just didn’t have very many childcare providers in our community, especially licensed providers. We felt that was a drawback to obtaining the best staff members. And so we decided that we were just going to provide that. It’s not only for our entity but for the entire community.

In addition, our community was going to lose our retail pharmacy. We had to think through the impact of that for our elderly population, our economy, and our entire community. If people have to start leaving the community to get their prescriptions filled, then they tend to leave the community for other things as well. We had never done retail but felt that, in order to keep our healthcare as local as possible, we needed to jump in and figure it out. We started those communications with the owners at the time and were able to make that transition pretty seamless for our community. A nearby small community had recently lost their pharmacy and were seeing the effects of that: they had two clinics in the community but were seeing an outmigration of people leaving their community for their healthcare services because they didn’t have retail pharmacy. We decided that we would help them out and open a retail pharmacy in that community. And it’s gone over very, very well and has been able to help us collaborate and keep things rural.

Right now, Pender is ninth in the state for growing communities. We have a lot of economic development here. I feel a lot of that started with our project in 2010. We’re in the midst of moving our main Pender clinic to our hospital location, an $8 million addition. And then there are a couple other big building projects within the community. All in all, there’s about $30 million in building going on in a community of 1,100. It just tells you that some economic development projects have so much of an impact on your entire community that it jumpstarts other things as well. The impact is so much more than the single project that you’re working on.

As a young leader in rural healthcare, what is the biggest challenge you have faced and how did you overcome it?

When you’re at the beginning of your career, you have to be the face of the change and figure out how you’re going to operate in this new environment. You also have to keep people from burning out and getting overwhelmed by the amount of change that we see on a day-to-day basis within our industry.

The pace at which healthcare has been changing has picked up. It’s constant. It used to be that you’d go through a change, and then there would be a little breather, and then there’d be another big change. When I started my career, particularly as a CEO, things had already progressed to the point where there are no breaks in those big changes in healthcare. We have to constantly be addressing pretty monumental changes and trying to think strategically when the rules of the game are changing that rapidly. When you’re at the beginning of your career, you have to be the face of the change and figure out how you’re going to operate in this new environment. You also have to keep people from burning out and getting overwhelmed by the amount of change that we see on a day-to-day basis within our industry.

What drives your workplace motivation?

I think it’s just seeing the impact that we have in our community – we are one of the largest employers in town – and how much people appreciate having local healthcare and being able to compare ourselves to bigger entities. We have been able to keep up with some of the medical technologies and compete at their level, and we’ve been able to provide them locally so that our elderly population doesn’t have to rely so heavily on family members to take them to the nearest tertiary hospital to see a specialist. Instead, we can provide a lot of those services, which impact not only those patients but also their families in a small community.

What guidance can you offer to young professionals considering rural hospital leadership?

There are so many people within healthcare who are willing to share ideas and collaborate on different things and start the conversations.

Always keep learning and use your networking resources. There are so many people within healthcare who are willing to share ideas and collaborate on different things and start the conversations. A lot of times in small communities, we feel like we’re on an island, so to speak. In Nebraska, we have the Heartland Health Alliance, and they do a phenomenal job of providing Critical Access Hospitals in the state with resources on how they can be innovative in their thoughts and provide networking. I think a lot of the time we look at one another as competitors. PCH is within 20 miles of two other facilities. I like to think that we’re more partners: what works well for one of us is generally good for all three of us. And we don’t have to look at ourselves as so competitive that we can’t help one another excel.

Take advantage of resources available for rural healthcare. We’ll be working with the Federal Office of Rural Health Policy to do another Small Rural Hospital Transition Project. This will be our second project with them. We did the first one in 2015, a financial assessment that really opened our eyes to all of the things that we as a facility were capable of. We were actually doing fine at the time of the assessment, but it pushed us to a whole other level that we probably wouldn’t have gotten to otherwise. Look for those opportunities and don’t shy away from them. They are a lot of work, but they can also provide huge benefits to your organizations.