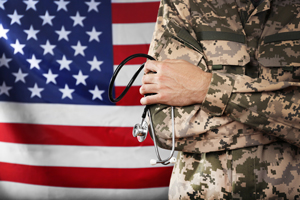 Physicians, nurses, paramedics – name a health profession and rural areas are likely plagued by shortages. While it’s an important problem to address, it’s nothing new: It’s a problem that rural communities have been addressing for decades.

“In the early 1960s, there was a growing acknowledgement that there was a shortage of physicians,” said Bill Finerfrock, Executive Director of the National Association of Rural Health Clinics, “and, in particular, a shortage of physicians going out to rural areas.” So people working in medicine and medical education began to wonder if someone other than a physician could provide needed services to address this shortage.

Finerfrock explains that in Vietnam, the military was using medics and corpsmen to provide basic medical care and stabilize wounded soldiers until they could be transported to a hospital. When these medics and corpsmen returned to the United States, they found that there were no civilian roles like the ones they had in the military, so they had trouble finding work despite their high level of training.

The people working to reduce the physician and nursing shortages thought that these medics and corpsmen could be a great fit for rural, underserved areas. With additional training and a physician’s supervision, these veterans could provide even more medical services besides stabilizing patients.

In 1965, Duke University identified four Navy corpsmen for this new program and called them physician assistants. The University of Washington started a similar program called MEDEX, a play on words for “medical extender” and the students’ background as medics.

Neither the shortage nor the push to bring veterans into healthcare roles has slowed down in recent years, as the demand for jobs in the healthcare sector continues to grow. “So if you have large numbers of veterans who are coming out of the military and you have this almost insatiable demand for employment in the health sector,” Finerfrock said, “why don’t we specifically target opportunities to get some of these veterans into the areas of the economy where you’re seeing the greatest growth?”

But veterans pursuing a career in healthcare often face significant obstacles. A 2016 University of Washington Center for Health Workforce Studies paper reports the following as the top four barriers standing between veterans and healthcare careers:

Project Coordinator Sara Appel of the Multi-State Collaborative on Military Credit (MCMC) added that transitioning from the military to civilian and academic life at the same time is stressful for many military-connected students, especially if they have additional responsibilities like raising a family.

Rural veterans, especially those taking online classes or traveling to a campus, may face additional challenges such as unreliable internet connections in their homes. “And managing service-connected injuries can be quite time-consuming for students,” Appel said, “and may require these students, especially those living in rural areas, to miss class.”

On a positive note, Finerfrock added that, since many veterans come from rural areas (compared to the general population), “one of the ways to perhaps meet demand in rural communities is to have some of these individuals who would be more likely to stay in those communities, get that training, get that education, and fill those positions in rural communities.”

This grow-your-own approach differs from the physician assistant (PA) program’s origins in the 1960s. Back when programs were recruiting Vietnam War veterans, coordinators were more concerned about filling vacancies than matching veterans to environments similar to their hometowns. The medics and corpsmen themselves were used to being in highly stressful situations where they had to make life-or-death situations without the proper medical equipment.

“So you bring these soldiers home and say, ‘Hey, we want you to go out and work in rural America,’” Finerfrock said. “Compared to where they’ve been for the last couple of years, it was a piece of cake. ‘Oh, there’s no bullets flying around? There’s no jungle? Sure, I’ll go down there.’”

Once PA programs began recruiting civilians as well as veterans, coordinators learned the hard way that they should match placement to a candidate’s hometown: Students from urban areas would complete the traditional training and then be placed in a rural environment without the technology or equipment that they had during their training. Many students experienced culture shock.

“The program coordinators have since figured out how to address that in terms of creating clinical exposure and clinical experiences for individuals as they’re going through their education,” Finerfrock said. “But there was a transition there.”

The MCMC, an initiative of the Midwestern Higher Education Compact (MHEC), is working to address the barriers to higher education that exist for today’s veterans. The MCMC helps state higher education executive officers, faculty, and staff identify, implement, and share best practices to help military-connected students (veterans and military dependents) transition into college and the workforce.

The MCMC website includes each state’s work plan and progress reports, free webinars, and other resources.

In 2012, the states of Indiana and Ohio began working together to address their military-connected students’ needs, especially translating military experience into academic credit. By 2014, the MCMC had grown to 13 states with over 85 individual members.

The MCMC created a Healthcare Pathways Leadership Team (HPLT), a team of postsecondary faculty working to create clear and seamless academic maps to guide military-connected students to successful program completion. In addition, many MCMC members are working closely with their states’ healthcare and nursing boards to discuss how to streamline pathways for licensing and certification.

MCMC member Michigan also has an organization called the Consortium of Michigan Veterans Educators (CMVE), which connects the state’s public colleges and universities so they can collaborate on best practices for serving their military-connected students.

The CMVE began in 2010 as a grassroots effort out of Central Michigan University in rural Mount Pleasant. Now, the Consortium has almost 200 educators as members and a 10-person Steering Committee, plus support from four Michigan organizations and the MCMC.

“The educators involved with the Consortium are dedicated, inspiring professionals who are usually going above and beyond,” said Katie Giardello, MCMC Steering Committee member and Director of Veteran and Transfer Initiatives of the Michigan Community College Association. “They’re giving incredible effort to honor the sacrifices made by U.S. veterans and authentically do their part to aid these individuals’ transition into civilian lives.” 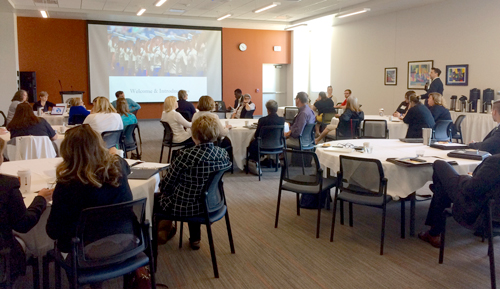 A group of CMVE members meet for a Seminar on Military Credit on June 2, 2017, at Jackson College.

One such CMVE effort is the MI-litary Equivalency Project, which uses webinars, in-person events, and teleconferencing to support institutions as they work to increase the number of direct transfer credit awards for Michigan student veterans.

Nathan Bracken was always interested in healthcare. After he graduated high school, he worked in a drug rehabilitation facility alongside nurses and social workers. As he described it, his career path “took a left turn” when he joined the military in 2007.

Bracken opted in for the Montgomery GI Bill: A service member pays $100 a month for one year in order to receive a monthly education benefit after they’ve completed the service requirement. For Bracken, this benefit covers 100% of his tuition and most fees and provides a monthly stipend for housing based on ZIP code. “I get $1,100 a month for BAH, or Basic Allowance for Housing,” Bracken said, “on a $1,200 investment that I made ten years ago.”

In the army, Bracken completed advanced training for an intelligence analyst position and worked at the National Security Agency for four years with Top Secret clearance, the highest level of security clearance. He was also deployed to Afghanistan and South Korea during his active duty. From December 2012 to June 2015, Bracken worked as a civilian contractor in Afghanistan.

When Bracken returned home, he saw that many of the companies that would hire someone with his security clearance are located around the Washington, D.C. area. He and his wife weren’t comfortable with raising their family in an urban area, so they moved to rural Grayling, Michigan.

Bracken began looking at the healthcare field again, especially nursing. He likes the flexibility that nursing provides: Nursing jobs exist all across the country in a wide variety of settings, such as hospitals, nursing homes, private practices, and public health departments.

In August 2015, only two months after returning home, he began classes at Kirtland Community College-Grayling. Bracken said that his military service translated into 15-20 college credits. If he had pursued a career as an intelligence analyst, he said more credits would have transferred. “But, as it is, my basic training counted toward physical education and general study credits,” Bracken said. “Basically, all of my electives were completed when I first enrolled.”

In the military, there’s a saying: Adapt and overcome…And our nursing instructors at Grayling have told us from the very beginning that flexibility is a big part of nursing.

Despite his work as an intelligence analyst, Bracken says the military trained him well for a career in nursing. “In the military, there’s a saying: Adapt and overcome,” he explained. “The military just prepared you to know, if things change, to have a plan B or a plan C or a plan D or whatever and prepared you to be flexible and adapt to your situation. And our nursing instructors at Grayling have told us from the very beginning that flexibility is a big part of nursing.”

Bracken also credits his age: While his classmates started college right after high school or in their early 20s, Bracken started at age 29, so he’s had more life experience when it comes to working through change. He, like other rural veterans, have unique strengths that will benefit them and the rural communities they may serve someday.

Veterans are typically mission-focused individuals, with high resolve to meet challenges head-on and persistence to continue on their path toward success with appropriate support.

“Veterans are typically mission-focused individuals,” said Giardello of the Michigan Community College Association, “with high resolve to meet challenges head-on and persistence to continue on their path toward success with appropriate support.”