It’s a story of how a congressional staffer, a government relations expert, and a leader of a healthcare membership organization came to impact rural healthcare delivery policies — and it’s a story about one man, yet many collaborations.

Bill Finerfrock spent his professional career immersed in the challenges of rural health policy, first working for the American Academy of Physician Assistants (AAPA) and, second, leading a membership organization involved in a specific rural healthcare delivery model: the Rural Health Clinic (RHC) program. He said like many of today’s health policy experts, he started his career without having had any rural lived experiences and with “no clue” about rural healthcare access realities. He shared how one of his first jobs working for a rural state’s senator gave him needed insight. 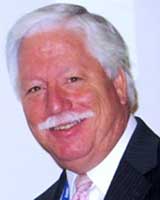 “The first time I went to Iowa, and we got outside of Des Moines, we just drove and drove,” he said, providing the background about his youth spent in suburban Philadelphia. “You’d see corn on one side of the road and soybeans on the other side of the road. And then, it would seem for variety, they’d just flip it with corn on the other side of the road opposite the soybeans. And then it hit me. ‘How far is the drive for a Friday night sports game?’ They told me around 45 minutes. And the same answer when I asked, ‘Well, OK, where do you go for the nearest doctor or hospital?’ It was a real eye opener for me that people had to go those distances to get the healthcare that I was used to having with a choice of five or six community hospitals within 15 minutes. If more complicated care was required, there were five medical schools in Philadelphia alone.”

In addition to that initial experience that better informed his career as a rural health policy expert, more insight into rural health policy came from his next experience as AAPA’s first government relations expert. In that role, Finerfrock said he worked closely with Michigander and rural physician assistant (PA), Ron Nelson. Nelson, now deceased, was a nurse who’d transitioned into the role of rural hospital CEO, providing Nelson with an insider’s view of the financial challenges associated with low-volume clinical care in rural America and the challenge of recruitment and retention of rural physicians. According to Finerfrock, Nelson so believed that care provided by PAs and nurse practitioners was one of the solutions for these issues, Nelson became a PA himself.

The Endorser: Finerfrock on PAs

Finerfrock said he was first introduced to the PA profession when two PAs came to his senator’s D.C. office to talk about needed health policy changes.

“When they visited our office, I told them I’d be going to Iowa,” Finerfrock said. “One of them said, ‘When you come out, let me know and we’ll show you our clinic.’ I did that and I was fascinated. I fell in love with the profession. I thought, you know, this is exactly what America needs. We need this profession. It doesn’t mean we don’t need docs, but we need somebody who works at this level.”

Finerfrock said he is a strong endorser of PA and other advanced practice provider care, so much so that over the years, he developed a standard response when encountering those with a contrasting view — especially physicians.

“What do you do when you encounter a patient that is beyond your capability to care for?” he said as the opener to conversations when working with physicians less supportive of the PA profession. “When they’d answer that they’d refer them to another provider, I ask them how is that different than having a PA? The fact that a PA may refer a patient sooner than the doctor does because the PA might hit the limit of their knowledge earlier doesn’t diminish the quality of care for the patients. It is not any different than the fact that a physician referral of a patient doesn’t diminish the quality of their patient care.”

Finerfrock said that in addition to Nelson’s intimate working knowledge of PA scope of practice and the RHC program — a program created by Public Law 95-210, the Rural Health Clinic Services Act of 1977 — the two worked closely together answering questions not just about RHC startup and sustainability but addressing needs that required policy changes. Because these activities required significant time outside their full-time jobs, they brainstormed a solution to allow them to continue to foster the RHC model they believed in.

“Ron and I were friends and, in 1987, I was visiting him in Michigan,” Finerfrock said, elaborating on a conversation that happened at Nelson’s kitchen table. “We recognized that no one was speaking on behalf of the RHCs from a public policy perspective. We also realized that if that perspective doesn’t exist, maybe we needed to create it. Working at AAPA, it was natural for me to talk to policymakers about rural health clinics, but RHC work wasn’t my primary focus. We came up with this idea of starting an association where advocacy could occur, but, even more importantly, where people could come get answers to questions without having to hire a consultant to do it. That’s the story behind the National Association of Rural Health Clinics.”

The Rest of the Story: More on NARHC’s Origin

“Initially, Ron and I tried to self-fund the association,” Finerfrock said, adding that initial efforts to gain members came from a direct mail recruiting effort, which gained around 50 responses. “But we struggled since neither of us had the resources to continue the effort and we didn’t know if we really had the ability to pull it off.”

In Rural Health Clinic Program at 45 Years: Created for Access and Still Delivering Care, Finerfrock joins clinicians and other experts in a historical review of the RHC program.

However, a recruitment meeting with a nurse practitioner who was co-owner of a professional advocacy organization placed Finerfrock in a new position that also offered the needed assistance for a membership organization startup.

Next came networking opportunities with two recently formed organizations that were also keeping their eye on the primary objective: sustainable reimbursement models for rural providers. The first organization, the National Rural Health Association (NRHA) was only about a decade into its rural health work. The second was the newly established Federal Office of Rural Health Policy (FORHP), a federal agency created by the 1987 Public Law 100-203, the Omnibus Budget Reconciliation Act.

Finerfrock shared that networking with these organizations provided additional support for the RHC membership organization he and Nelson were envisioning.

Through that FORHP support, NRHA partnered with us to put on the first rural health clinic meeting.

“I was aware of Federal Office of Rural Health Policy because the work I’d been doing at AAPA was very instrumental in getting it established,” he said. “They had grants for outreach support, but because we weren’t formally established yet, we weren’t eligible. However, NRHA was. Through that FORHP support, NRHA partnered with us to put on the first rural health clinic meeting.”

“Several HCFA representatives were there,” he shared, noting that HCFA — or the Health Care Financing Agency — was the previous name for the Centers for Medicare and Medicaid Services. “There was someone who did RHC coverage policy, somebody who did RHC payment policy, another who did RHC reimbursement policy, and someone who was involved with the RHC certification process,” he said. “Each representative was to talk about 15 minutes. As they were walking to the table, they started to introduce themselves to one another.”

Finerfrock said watching those self-introductions was a defining moment, making it even clearer that RHCs needed a membership organization dedicated to spearheading needed policy changes.

“Watching this occur, the light bulb goes on,” he said. “No wonder I’m sitting here reading RHC coverage policy and hearing from folks that those covered services’ claims are being denied. I realized it might have something to do with the fact that the person who wrote the coverage policy had never communicated with the person who was charged with actual claim payment. That session reinforced this idea that we could serve as a convenor to bring people together, not only in the NARHC community, but including the government to create a forum where the inconsistent policies could be addressed. We became convinced this membership group was needed.”

Finerfrock said, in retrospect, that first meeting was a key moment in RHC history: That initial meeting was followed by several more annual gatherings, with similar FORHP and NRHA support and involvement. In 1992, NARHC gained its 501(c)(6) status and with it came federal grant eligibility. Finerfrock said that those awards — in addition to “a little bubble gum and baling wire” helped the organization get to the point where membership revenue drove sustainability.

Finerfrock shared that during his career as NARHC’s executive director and “going to the Hill,” he always kept in mind the lessons he first learned as the Iowa senator’s staffer: To make rural healthcare policy changes, know that the majority of policymakers need to first be introduced to the rural lived experience, an experience quite different from the everyday healthcare experiences in urban America. Further explaining that, unlike RHC providers, urban healthcare providers seldom do acute or emergency care in their clinic office, he used his own urban-based care with its reliance on an emergency care system as an example.

But in a rural health clinic, that’s what you do. You have to do everything.

“Most folks don’t understand what a rural primary care provider does,” he explained, further sharing that policymakers use their own families’ urban outpatient care experiences as a reference point. “They think in the context of their own urban life experiences. But it’s completely different and it’s not like your grandfather’s primary care. That’s what makes them [RHCs] so critical: the full breadth of services they’re providing in those communities.”

Finerfrock emphasized that in addition to being aware of accommodating the urban mind frame when presenting RHC policy changes, the most important emphasis was to always explain that the rural patient was at the center of needed changes. He shared something he read in an article years ago that provided a daily reminder: Anxietas de aegris. His translation? Worry about the patient.

“That’s on my computer screen,” he said. “When I come in and I’m at my desk, I see those words. That has to be an important part of what we do. What I’ve tried to do at NARHC is say, ‘Our focus has to be on the patient,’” he said. “What are we doing? And how does this benefit the patient? Because if we’re doing something and it’s not for the benefit of the patient, then we have to ask ourselves, why are we doing it?”