“When someone made a comment suggesting ‘you need to get local philanthropy at the table,’ several of us raised our hands and started asking questions,” Tieman said. “There seemed to be so many opportunities to align our interests with federal priorities, but we needed to learn about federal initiatives earlier than a 30- to 60-day window so we could communicate with our boards and educate them about possibilities.”

When someone made a comment suggesting ‘you need to get local philanthropy at the table,’ several of us raised our hands and started asking questions.

Over the next few years, Tieman explained that the momentum for alignment and collaboration did not waver. Meeting on multiple occasions, federal agencies, philanthropy groups, and healthcare representatives deliberated. With consensus on funding particulars, focus, and evidence-based metrics, they delivered their hard work packaged in a unique grant, the Rural Health Care Coordination Network Partnership Program (RHCCNPP).

The grant, providing $1.6 million to fund 8 awards from 2015 to 2018, is the first of its kind. Supporting chronic care delivery models with focus on three specific chronic diseases — chronic obstructive pulmonary disease, congestive heart failure, and diabetes — the Federal Office of Rural Health Policy is the primary funder. Some philanthropy groups, equally vested in community health outcomes, provide additional funds and resources for other grant necessities, such as technical support and training. 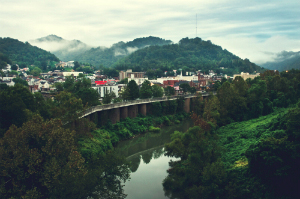 According to the Rural Policy Research Institute, care coordination is “a deliberate and planned approach to meeting the diverse needs of patients and families, and when done well, it is built into policies, procedures, staffing, services, and communication systems.” Using different care coordination models to bridge their regions’ health equity gaps, two grantees, one in Williamson, West Virginia, and one in eastern Washington, also focus on decreasing healthcare costs.

In a prior study, using the CHW care coordination model for their Williamson community diabetic patients, hemoglobin A1c was decreased 2.2%, significant since with every 1% decrease in A1c, diabetic eye, kidney, and nerve complications decrease by 40%.

“When we first started employing our care coordination model, staffing and program costs were higher because we were new at this,” Hudson explained. “As the program evolved, we concentrated on creating a more sustainable budget including only what is essential to run effectively. We needed to know the true cost of the intervention as we examine reimbursement mechanisms and promote the model to payers.”

We needed to know the true cost of the intervention as we examine reimbursement mechanisms and promote the model to payers.

In this video, the Williamson team shares just how a Community Health Worker program can work:

On the opposite side of the country, the Critical Access Hospital Network of Eastern Washington (CAHN) is implementing another model, the Health Home model. The grantee group includes 4 of the network’s 15 hospitals and is located in Adams, Lincoln, Odessa, and Pend Oreille counties. Jac Davies, the project’s executive director, said they’re using the Health Home model for their target population of high-need Medicaid patients, with a particular emphasis on older adults aged 50 to 64. To address these chronic diseases that seldom occur as a stand-alone problem but instead exist in combinations, the Health Home model helps manage the complicated clinical aspects of patients’ health. However, the model also focuses on those aspects influenced by social determinants of health. Overall, Davies explained the model assists patients in removing whatever barriers keep them from being healthy.

“Those barriers might be clinical, so it might be getting access to medications or getting referrals or getting access to specialty care,” Davies said. “But more of the time, it is even more fundamental than that. It’s making sure that they get help to access things like heat in their houses, that they’ve got a functioning refrigerator, so it’s helping them connect to community resources.” 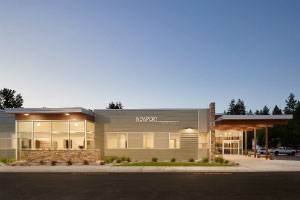 For CAHN, Davies considers the RHCCNPP funds to be seed money for a program that wouldn’t be possible otherwise, since Critical Access Hospitals don’t have capital budget funds for start-up costs associated with the Health Home implementation.  She said there is reimbursement from their state’s Medicaid managed care organization, but that comes only after patients are seen.

“There’s a need for upfront investment, time to train staff,” Davies said. “These are very, very complex patients. The care coordinators have to start slow, working with a couple of the clients initially to become accustomed to the very structured processes within the Health Home program. So, we needed a way to cover those costs until they get sufficient patient volume to be able to cover their cost more fully from insurance reimbursement.”

There’s a need for upfront investment, time to train staff. These are very, very complex patients.

In contrast to CAHN’s sustainability vision, Hudson says the Williamson model’s clinical and financial successes is mature enough to present a sustainability plan for third-party reimbursement. Williamson is working to showcase their model’s benefits and have held preliminary discussions with federal, state, and private insurers.

“We are ready to share our data, get an outside actuary to analyze the data on cost savings,” Hudson said. “That’s our pitch for sustainability. Show the cost savings now, and if they’re convinced that it’s at least a 2:1— and we think it’s even more than a 2:1 — that they’ll consider some kind of structure to pay for the program. It might be a pay-for-performance, or it might be a per member per month.”

Though Williamson and CAHN are diverse in location, use different models, and are in different stages of implementation, the two organizations have the commonality of engaged philanthropy partners. Both Hudson and Davies said that their philanthropy funds are integral to the success of their care coordination efforts.

Brian Myers, Empire Health’s Vice President of Rural Health and Capacity Building, said his organization recognized a natural fit with CAHN’s project since Empire’s largest portfolio is dedicated to supporting older adults in rural communities. Specifically asking CAHN to also include patient activation measures for tracking project success, Myers said that for any supported project, their organization expects to see data and outcome measures. The expectation set for CAHN was no different. But, Myers further explained that these data expectations are often one of the hardest project steps to execute.

An evaluator at another philanthropic organization said, ‘No data without stories, and no stories without data.’ We agree.

“An evaluator at another philanthropic organization said, ‘No data without stories, and no stories without data,’” Myers said. “We agree. We hold ourselves very accountable to measurements, and we believe we need to be as accountable as our grantees. As part of the proposal, our resources support that gap around data gathering and analysis. It’s hard to put that onus just on the grantee.”

Benedum also established common collection measures with the Williamson project. With that data, Tieman said the Foundation also funded Williamson and its partners to get payers to that preliminary table to discuss the program’s sustainability, a discussion rooted in an expected return on investment.

“We helped Williamson get the data from the previous university study and from Medicare for an actuarial study,” Tieman said. “We should have their model’s return on investment report completed this year.”

Philanthropy and Public Rural Funding Efforts: The Whole is Greater than the Sum

To understand philanthropy partner engagement, Tieman emphasized it starts with recognizing that support extends to many areas outside of finances.

“We have experience and trust with the grantees, we go visit them,” Tieman added. “If something’s wrong, they can call us. We help them troubleshoot problems. We provide that local support when they need it or connect them with someone to assist them if they are stalled.” 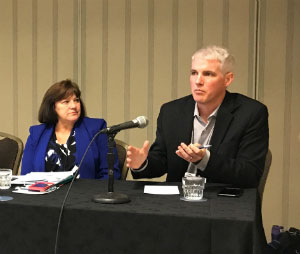 Tieman and Myers both said these relationships with the RHCCNPP grantees are part of their organizations’ bigger mission and vision. For Tieman, the Benedum Foundation wants to assist in increasing healthcare access across the entire state of West Virginia. For Empire, Myers said it’s making their counties and tribes the healthiest in the state. For both organizations, it’s about doing those things with a vision of scale that benefits patients even outside their grantees’ specific regions.

Myers said this philosophy is one reason that Empire uses patient activation as a core measurement for rural projects.

“We’re paid to think about the entire ecosystem and how we can pull in different conversations and different partners and say, ‘Does this make sense to work together?’” Myers said. “If you do things in a town of 2,500, it’s sometimes hard to show measurable results, and it’s hard to replicate that in every single community. But if we support projects like the Critical Access Hospital Network and use patient activation as a core measurement, then we have a regional view rather than a silo view.”

Tieman said she works to scale rural philanthropy out to a national rural vision, which she believes can only happen if America’s national funders and the federal government don’t forget rural communities.

Our rural communities are more agile, more willing to try something new. And they already have the necessary partners in place to take on new efforts.

“In rural America, we don’t have the numbers project creators think they need to conduct large, statistically significant studies, but we have creative ideas,” Tieman said. “Our rural communities are more agile, more willing to try something new. And they already have the necessary partners in place to take on new efforts. So bring an evidence-based idea to them, as a pilot or through a demonstration project, and you can evaluate efficacy pretty quickly. They are used to doing a lot with very little. When you give them some money, it’s amazing what they can do. You can scale up from there.”

Grantees and philanthropy organizations discuss the dynamics of federal-private partnerships in this video: