The third of four articles in the series During Pandemic, Rural Health Foundations Provide Financial Support, Technical Assistance, and Other Services

What is your foundation doing to support rural communities during the pandemic? 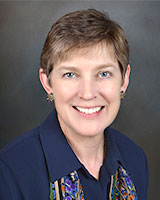 Leonard: The goal of MeHAF is to improve access to quality healthcare in Maine, with a particular focus on those who are uninsured and underserved, and to improve the health of everyone in Maine. One of the ways we think about rural is as a factor on its own, but we also consider how it interacts with many of our other strategic priorities ranging from workforce to racial equity to aging populations, maternal health, et cetera. So it’s both a focus and a cross-cutting issue that weaves through everything that we do.

Kadonoff: Much of our population lives in rural areas, and those rural residents are also disproportionately older than in our few more urbanized areas. Over the course of this year, we as a foundation have essentially made a series of pivots in our programming and our grant making, as the pandemic really became a clear and significant issue for the state of Maine and the populations that we’re trying to support. We have done three rounds of what we called “directed grant making.” We identified organizations serving some of the populations most impacted by the pandemic, and we simply reached out to them and made unrestricted, general operating support grants. 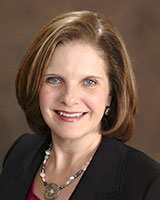 Those directed grants have totaled over $2.3 million this year, which is a significant chunk of our annual grant making, roughly half. A number of those that we funded through that process have a rural base and rural focus. For example, we have four federally recognized tribes in Maine and five tribal communities. Those five communities were funded in all three phases of that grant making, because we recognized the challenges they faced. All are located in rural areas of Maine. We also funded groups supporting people experiencing homelessness. Several of them certainly are in our few urban communities, but there are also a number of them that support people in more rural parts of the state.

Behavioral health was another area of focus. Many of the grantees that we provided support to are recovery centers that function in more rural parts of the state. We also supported our Area Agencies on Aging, which cross the entire state including all of those rural areas; groups supporting people with lower incomes; and free clinics in the state, many of which are located in rural areas. In addition to that directed grant making, we did a single round of what we called rapid response grants. These were open competitive grants where we sought proposals for areas of particular focus that we identified as major needs related to the pandemic.

And these were really meant to be targeted, needs-specific or project-specific funding opportunities, relatively smaller grants. The maximum we put on that was $15,000 per grant. But we ended up with some groupings of issues that came to light. Everything about that process was a learning experience for us. We had a really rapid response and some communities, organizations, and areas were clearly much better poised to respond quickly, so they ended up being the ones that were funded just because of the design of the program. Emergency medical services in small communities were a huge grouping of the proposals that we received and a large chunk of funding that we did.

We have tried to really figure out how to target pandemic-focused grant making in ways that we would be reaching the people with the greatest need, not just those who could respond rapidly.

And then another category that fit in the scope of that program was support for expanding telehealth and other forms of remote access. In total, under the rapid response grants program, we awarded an additional $460,000 beyond our directed grants. We have tried to really figure out how to target pandemic-focused grant making in ways that we would be reaching the people with the greatest need, not just those who could respond rapidly. I don’t think we’ve done that perfectly, but we have learned each time that we have done a round of this grant making and have continued to sort of tweak and adapt and adjust.

For example, that grant making we did to support local EMS providers, and the volume of response we received from those providers, raised our own awareness as an organization of the nature of the issues and the needs. And so in our second round of directed grant making, we made a grant to the Maine Ambulance Association that they in turn were able to leverage for additional funding that helped them to support communities all across the state, because we recognized that we had only scratched the surface with our rapid response grants.

Leonard: I think we announced the competitive rapid response grants the third week of April and had to close it within four days because the demand was so great. If you think about where we were in the trajectory of the pandemic at that time, that’s three to four weeks after everything shut down and we really did not know what was going to happen. And it was pretty clear that there were huge needs ― for emergency responders to be more ready for what could be happening and for telehealth equipment so that people could continue providing essential health services.

Kadonoff: Pretty early on, as the effects of the pandemic started to become apparent, we also looked at our existing programs and grants that we had out there and thought about how we could be helpful to the organizations that we were already funding.

We looked at how we could make everything as low-lift and low-burden as possible on the organizations we would be funding.

We postponed any need for reporting and just left it open. We have always been really flexible with grantees about providing extensions when they needed more time to do their work. That’s generally not been an issue with us, but we also put out there, “Just let us know what you need. It’s not a big deal. We recognize this may not be a priority for you right now.” In some cases, we allowed people to use project-specific grant funding they already had for their greatest needs when they really weren’t in a position to continue the project we had funded. We looked at how we could make everything as low-lift and low-burden as possible on the organizations we would be funding.

For example, for our directed grants, there was no application process. We reached out and collected a minimal set of information necessary to make payments, trying to really streamline this work from the standpoint of what our staff could do so that grantees would not have to, recognizing that we had a lot more flexibility and capacity than would a direct service organization that was trying to respond to the immediate needs of their community.

What other services or stories would you like to highlight?

Leonard: One of the things that drove who received the direct grants was the question that we asked of ourselves: “Which organizations do we feel are really important to still exist in operation on the other side of this pandemic?” And that also went into our thinking of who we should consider funding. Some of the direct grant making went to organizations that do advocacy on behalf of critical sectors for rural populations. We made sure that those organizations, which also provide some technical support, were being funded because they’re most closely in touch with the folks who are on the ground.

One of the things that drove who received the direct grants was the question that we asked of ourselves: ‘Which organizations do we feel are really important to still exist in operation on the other side of this pandemic?’

We also did quite a lot of communicating with state government, to understand what they were doing and to reflect back to them what we were hearing from community organizations. Another grant that was made during this time was to an organization that is trying to ramp up a community health worker training program. And the project is such that they were able to change the way they were planning that program to essentially make the whole thing virtual. The change was both in response to COVID, because they couldn’t do meetings in person, and the realization that, in the long run, it would probably be more accessible for people in rural areas.

Kadonoff: At least several of these organizations were not only doing advocacy on behalf of the groups they represent but also doing some very powerful and important convening of those groups online. The Maine Council on Aging began a weekly videoconference meeting that ended up attracting as many as 50 people on it, including everyone from service providers to advocates to consumer groups, to our congressional delegation staff and state legislators. So that became a powerful piece of self-organizing. For example, people on this call would come up with ways they could help one another with a challenge. Where were they getting PPE [personal protective equipment]? What could the healthcare providers and the hospital systems be doing to support some of the long-term services and providers? We funded the Council two times through our directed grant program, in part to support that work.

Leonard: Early on this year, one of the things that we did was ask our board and our finance committee for their support to exceed our required 5% payout amount, in light of the unprecedented situation. This has helped us to do the level of grant making that we did in response to COVID. And we have also budgeted next year for some continued ability to do grant making that is as yet undefined to support COVID-related needs. And the board has also supported exceeding the 5% payout again next year.

Opinions expressed are those of the interviewees and do not necessarily reflect the views of the Rural Health Information Hub.